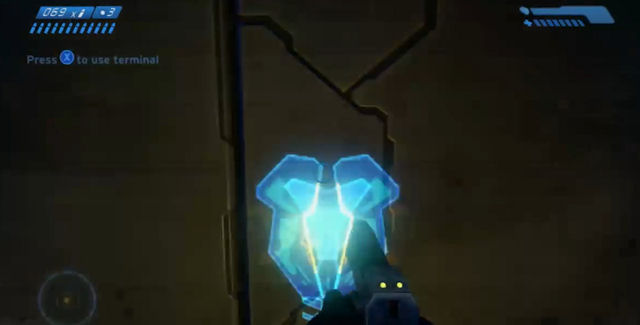 This Halo: Combat Evolved Anniversary Terminals locations guide will show you where to find all 10 Terminals in the Xbox 360 FPS game. There is also a secret 11th Terminal to be found outside the game.

When you find the Terminals, they will tell the before-unknown life story of 343 Guilty Spark in cinematics. Well worth finding them all!

Finding all Terminals unlocks these Achievements:

Terminal #1 is in The Pillar of Autumn:

Terminal #3 is in Truth and Reconciliation:

Terminal #4 is in The Silent Cartographer:

Terminal #5 is in Assault on the Control Room:

Terminal #7 is in The Library:

Terminal #8 is in Two Betrayals:

Terminal #9 is in Keyes:

Terminal #11 “Threshold” is in Halo Waypoint:

A secret terminal #11 only obtainable via Halo Waypoint, tells the story of how 343 Guilty Spark ended up going from Halo: Combat Evolved onto the Threshold station in Halo 2.

Instructions on how to get this terminal:

1. Go to Halo Waypoint on the Xbox.
2. Press start at the main menu to enter Waypoint, then press the X button and you will see a Forerunner like code structure.
3. Watch the end of ALL Halo Anniversary terminals and you will see odd looking letters, write these down or watch them on YouTube and enter them.
4. Enter each code correctly and you shall unlock the original terminal video as well as 7,000 cR on Reach for your trouble, The Maw terminal is worth 32,000 though. Once you have typed in ALL codes you will see an 11th terminal called Threshold. Click and enjoy.

And here’s a behind-the-scenes look at the making of these Terminal cinematics:

Big thank you to NextGenWalkthroughs & FBWalshyFTW for the guide videos.

Please comment if you have any tips of your own. Thanks for visiting!