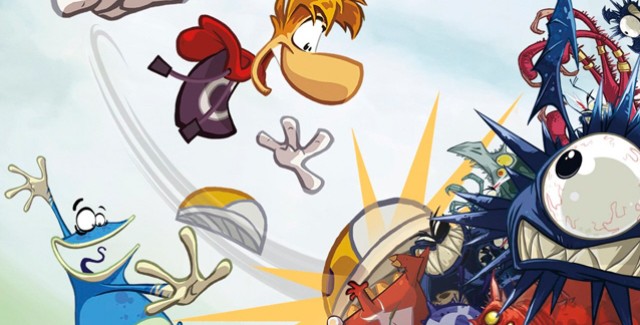 This Rayman Origins walkthrough will guide you through the beginning to ending moments of gameplay with strategy tips for this Horror epic platformer for Xbox 360, PS3, Wii, 3DS, PC, and PS Vita.

Return to the roots of awesome with Michel Ancel, the celebrate creator of Rayman, Beyond Good & Evil and those evil Rabbids, who returns to conduct his favorite hero in an epic 2D side-scrolling masterpiece. Rayman Origins offers manic four-player co-op play with an action adventure of truly titanic proportions, set in a lush, painting-like 2D world that teems with life, secrets of the unexpected kind, and crazy enemies and gigantic bosses that must be seen to be believed!

Our story starts when the “Glade of Dreams” is overcome by nefarious critters known as the DarkToons. These “nefurrious” kreatons threaten the world, so the Fairy Council hastily pulls together their only line of defense… Rayman. In contradictory form, Rayman joins together with allies including his best friend Globox, and the Teensies (i.e. Wizards) to take on their foes as a glorious team. Thus together, the world’s most hilarious team of heroes, can restore peace to the world of Glade… or else… see their home vanish, much like a bad dream. Or shall we say nightmare?

Part 1: Its A Jungle Out There

More walkthrough videos will be posted once they are available.

Thanks to GamingCrux for the walkthrough videos.