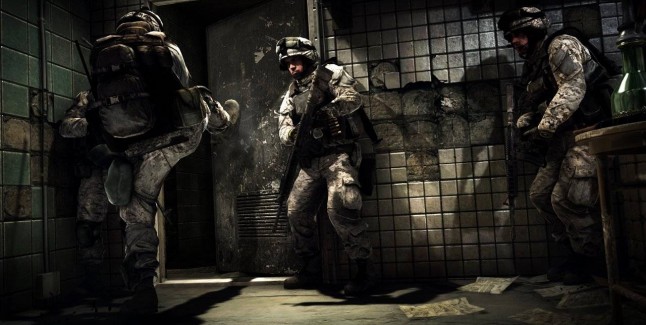 What were the top 10 best-selling games in October 2011 in the United States?

The newest NPD numbers are in, and so is the top 10 list of the highest selling games for October in America.

Take a look at the beautiful ‘My Life’ trailer!

Nintendo PR
The Nintendo DS system sold 2.37 million units in its first 12 months (November 2004-October 2005), with approximately 50 percent of those sales occurring in the holiday time frame. With its first holiday season and the launches of the Super Mario 3D Land™ and Mario Kart™ 7 games on the horizon, Nintendo 3DS is poised to eclipse that number and establish a new benchmark for hand-held gaming launches in the United States.

“With a massive lineup of software on the way and the first-year sales record of Nintendo DS in its sights, Nintendo 3DS enters its first holiday season with a full head of steam,” said Scott Moffitt, Nintendo of America’s executive vice president of Sales & Marketing.

Other Nintendo news from the month includes:
• Nintendo sold more than 675,000 combined hardware units in October. This includes more than 250,000 units of Nintendo 3DS, nearly 250,000 Wii™ systems and nearly 180,000 units of the Nintendo DS family of systems.

• For the year, Nintendo has sold a combined 7 million hardware units and more than 55 million units of software have been sold for Nintendo platforms. Both of these numbers should increase with the Nov. 20 launch of The Legend of Zelda™: Skyward Sword for Wii.

• Both Wii, up 8 percent year over year, and Nintendo DS, up 23 percent over the previous month, demonstrated strong momentum heading into their respective sixth and eighth holiday seasons. In total, the two platforms have sold more than 87 million combined hardware units and more than 540 million combined units of software in the United States.

Sony PR
“PlayStation 3 is primed for a great holiday season as this month’s NPD report shows. We’re seeing increased momentum in our 1st and 3rd-party software sales at retail, which are up 5% over last year, and we’re demonstrating the industry’s strongest software line up with blockbusters like UNCHARTED 3, Ratchet & Clank: All 4 One, Battlefield 3, and Call of Duty: Modern Warfare 3, and new Move titles Everybody Dance and Carnival Island. On the digital front, we are also pleased to report that inFAMOUS: Festival of Blood is the fastest selling PS3 digital game ever launched on PSN.” — Patrick Seybold, Sr. Director of Corporate Communications at SCEA

Microsoft PR
Xbox 360 turned in the most successful October on record maintaining its lead in the current-generation console market. This holiday season, Xbox 360 delivers outstanding value as an all-in-one entertainment platform and is already off to a great start as a hot holiday gift.

· Total retail spend on the Xbox 360 platform in October (hardware, software and accessories) reached $490 million, the most for any console in the U.S. (Source: NPD Group, October 2011)

Kinect momentum continues with a growing portfolio of more than 75 new Kinect for Xbox 360 titles in the market by holiday – four times more than last holiday. New titles include sequels to best sellers such as “Kinect Sports: Season Two” and “Dance Central 2.” New games like “Kinect Disneyland Adventures” are making Xbox 360 home to the best family friendly content available; more than 90 percent of Kinect titles are rated Everyone or Teen.

Xbox 360 also released some of the biggest exclusive blockbuster games this holiday with titles like “Gears of War 3,” “Forza Motorsport 4” and “Halo: Combat Evolved Anniversary.”

Based on historical seasonality trends, new physical retail sales of video game hardware, software and accessories should come in flat to down by as much as 2% once full year sales are in[..]