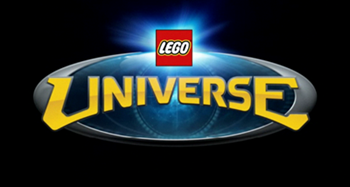 The LEGO Group has announced that LEGO Universe is closing its doors on January 31st, 2012 due to a lack of paying customers.

While the game has been free-to-play for some time, not enough players were interested in spending money to keep the MMO up and running, resulting in its permanent closure.

The news was posted on the official message board in which the LEGO Universe Team states “we are very sad to announce that LEGO Universe will be closing on January 31, 2012. This was a very difficult decision to make, but unfortunately LEGO Universe has not been able to attract the number of members needed to keep the game open. We are thankful to have had the opportunity to share this adventure with an amazing community of players. We hope you will continue to enjoy LEGO Universe for the last few months. As a thank you, if you are a paying subscriber on December 31, 2011, we will provide you the full game for the final month for free.”

This closure also means however that the associated studios will be shut-down too. Both the ‘Play Well Studios’ in Louisville, Colorado and the game’s marketing function in Billund, Denmark have been shuttered, affecting 115 employees in turn!

What do you think of this closure? Please leave your comments and opinions in the section below!