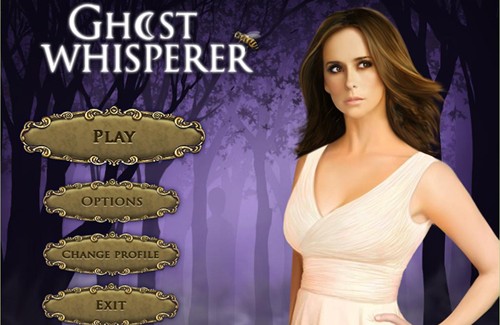 Step into the role of “Ghost Whisperer” Melinda Gordon as she mediates between the living and the dead.

Join your favorite characters from the show including Melinda, Jim, Delia and Eli in this newest chapter in the epic tale of Ghost Whisperer called “A Brush With Death”.

Developed by Legacy Interactive for the PC (MAC and Microsoft Windows), this case is the first of two new Ghost Whisperer light adventure games. Two chapters will be downloadable together as the full “Ghost Whisperer” game, releasing online at BigFishGames.com and LegacyGames.com.