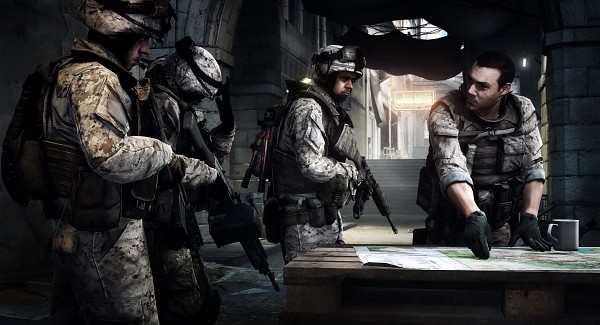 “There is going to be a Battlefield 4,” says Electronic Arts president Frank Gibeau.

No sooner had Battlefield 3 been released, selling a whopping 5 million copies in its first week on the shelves and cementing itself as the fastest selling title EA has to offer, Battlefield 4 had been announced – well sort of.

During a keynote at the University of Southern California, EA president Frank Gibeau stated “there is going to be a Battlefield 4”. EA however are assuring gamers that this in no way counts as an official confirmation.

“Frank was speaking broadly about the Battlefield brand – a brand that EA is deeply passionate about and a fan community that EA is committed to,” the publisher told GamePron.

But this isn’t the first time that Battlefield 4 has been mentioned.

On the eve of Battlefield 3’s launch, DICE told Eurogamer that the studio hoped it would, one day, get the opportunity to make Battlefield 4. “This feels like day one now,” executive producer Patrick Bach said. “It’s exciting. The whole Frostbite 2 thing has opened up a big landscape ahead of us so we can do whatever we want.”

Battlefield 3 a.k.a. BF3 is a first-person shooter video game developed by EA Digital Illusions CE and published by Electronic Arts.

Not familiar with Battlefield 3? Take a look at the Launch trailer!