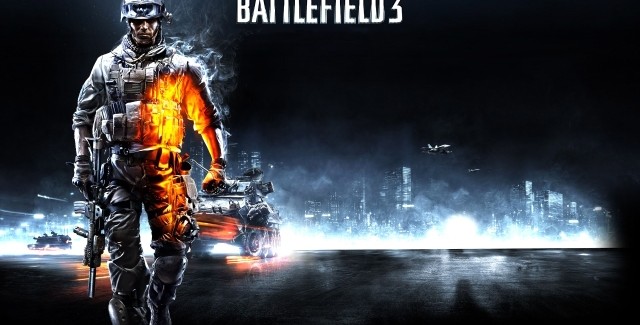 Grab your weapons soldiers its time to enter the Battlefield. Here in my review we’ll see if Battlefield 3 can hold up to all the hype and deliver on its promises.

So lets clear the LZ for my video review. Get to it troops!

The scores are under fire, so let’s check them out.

Due to major server difficulties since release this review is only based upon the single player campaign portion of the game.

I come to this review with a little more experience in the art of war than most gamers, having served in the British military for many years and when it come to realistic warfare Battlefield 3 has set the bar right at the top, from troops shouting out fire orders and manoeuvres being performed by the AI that would have SGT’s grinning this is as real as it gets.

The campaign consists of some fantastic set-pieces but does feel a little enclosed by the fact that you’ll be warned very quickly for straying even slightly from the given path, restricting your tactical options to those the game has decided upon. But it quickly makes up for its lack of freedom with some great moments that will see you fighting off tanks and even a full Russian battalion with only 6 troops.

It does finish very quickly though taking around 6 hours in total and a major portion of that is spent in cutscene’s explaining the generic terrorist has a nuke and wants to blow everything plot.

The vehicle sections are also very much on rails when you think you’re about to become a F-16 pilot you’re actually just riding shotgun and firing missiles. So a little disappointed that we didn’t get to fly but you do get to drive a tank straight through a shopping centre front door and that’s got to count for something.

The graphics are second to none here and although the console versions are slightly lacking when compared to their PC counterparts, it’s still a wonderous sight watching troops run and dive for cover with superbly animated character models really does help suck you into this world at war.

Bombs will make your ears ring and every bullet whizzes past with amazing clarity. This is war, people don’t expect it to be quiet, and this isn’t just a few generic gun sounds. Weapons have all the buzz and clank of the real deal even soldiers kit bounces around with the tell-tale sound that only troops would know as they run past.

A great game to be played in 3D that will only intensify the experience, but with the sacrifice that 3D requires. I would stick to playing it with the graphics running full tilt and in 2D instead.

Please note: This score is only an indicator of the single player campaign mode and not the game in its entirety.

A truly amazing experience from a soldiers point-of-view and many of the smaller details may be lost to some civvies. But trust me it’s so spot on its scary at times, a must own for all lovers of FPS titles especially with those who have an interest in actual modern warfare.

The big question is: Has it done enough to kick the Call of Duty series out of its throne room as king of the next-gen warfare-based FPS? I’m not really sure of that, its got a lot running for it and graphics may have won the battle but will they win the war?