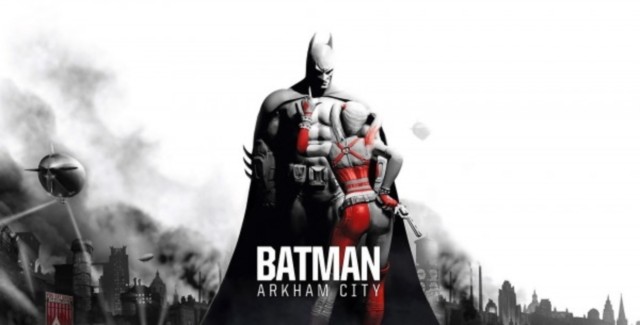 The caped crusader is at it again this time around does Batman save the day or have the crazies run riot? Let’s find out in my Batman: Arkham City Review.

Batman: Arkham City is third-person Action-Adventure game that delivers an authentic Dark Knight experience rooted in an original and engrossing story as well as a combination of melee combat, stealth, investigative and speed-based challenge gameplay. A sequel to 2009’s Batman: Arkham Asylum, Arkham City features the full range of classic enemies seen in the previous game, in addition to Catwoman, who is a playable character and has her own storyline in the new release. Additional features include: a range of new gadgets, an increased number of possible melee opponents and a range of movement options for Batman that include leaping, sliding, gliding and the grapple hook.

So let’s get into Batman’s dark world in my video review.

And now lets see the scores.

It’s dark and grimy, hot and sweaty, freezing cold and wet all of these things spring to mind when you play Batman Arkham city because the graphics do an awesome job of making you feel the part so much you can almost taste the fear.
Character models are very well rendered and apart from the occasional loading slow down sometimes (playing on PS3) everything looks superb if not a little crazy.

Batman’s back with a whole new bag of trick to take on the bad guys with and I had a blast playing with my old school fave the batarang once again, most of the gadgets serve a purpose and often become part of the solution to the many puzzles in the game, and if that wasn’t enough to convince you, you also get to play as Catwoman and go for a more agile approach.

Combat can sometimes get a little tricky in heated battles but other than that fantastic gameplay with controls that suit very well.

I was lucky enough to recieve the OST from Arkham City with my review copy and the first thing I did was jam it high volume with tons of well-known bands playing some dark and moody track the game’s sound score is almost perfect. For sake of the review I’ll just give you a teaser of the first 5 tracks listed, Panic at the disco- Mercenary, Coheed and cambria-Deranged, The Duke spirit-Creature, Black Rebel motorcycle club-Shadow on the run, Blaqk Audio-Afterdark.

I only managed to get about 20 mins of the game in 3D due to writing the review so quickly after playing but needless to say it was very crisp and clean with great levels of depth if maybe sometimes a little dark but I’m sure I could have tweaked that out with the games settings options.

There won’t be “holy cow Batman” in this edition following on the Dark Knight version of batman with the absolute menace and mental nature of your foes Arkham City is dark and you can almost smell the evil coming from your enemies but you are Batman and you feel that (and don’t worry girls I didn’t forget you can play as Catwoman, that’s just an added bonus) on the whole a great game for fans and new comers alike with its blend of stealth, puzzles and combat.