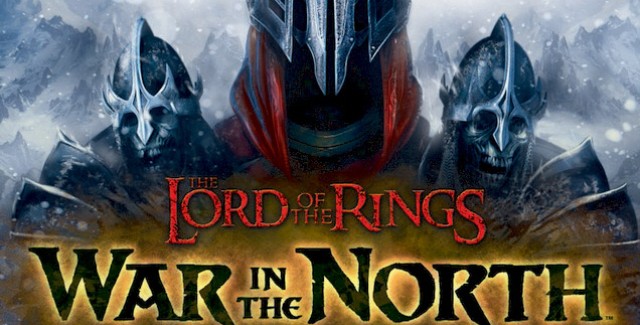 This Lord of the Rings: War in the North walkthrough will guide you through the beginning to ending moments of gameplay with strategy tips for this action RPG for PC, Xbox 360 & PS3.

The Lord of the Rings: War in the North comes from the developers of Baldur’s Gate: Dark Alliance with a cooperative action role-playing game that immerses players in a Mature-rated all-new chapter of the War of the Ring. The game is set during the events of the War of the Ring as depicted in the Middle-Earth, yet takes place seperate from said events, drawing inspiration from the books and films. Players use a wide-range of Weapons and characters and battle both legions of evil enemies in never-before-seen locations on their epic journey that is both intimately familiar, yet unexpected.

Lord of the Rings: War in the North is rated M for Mature. So please note that viewers must be at least 17 years old or older to watch, so no harm comes to those with innocent eyes. This game includes Blood and Gore and Intense Violence.

Index of Lord of the Rings: War in the North Guides:

Lord of the Rings: War in the North Walkthrough

Become One of the Unknown Heroes on Middle-earth
“With his far reaching rich hand Sauron might have done great evil in the North. Yet all that has been averted because a handful of heroes stood in his path.” – Gandalf the White

With stunning visuals, brutally realistic and bloody, Mature-rated combat, a compelling, unique and new storyline in the War of the Ring, and innovative cooperative gameplay, The Lord of the Rings: The War In the North will delight fans of both the films and books while putting you in the shoes of one of the heroes. While pitting both you and your buddies against the dark evil forces of Middle-Earth; allowing fans to form their own fellowship in the epic battle against Sauron’s Northern forces.

Warner Bros. Interactive Entertainment and Snowblind Studios release a new video walkthrough for upcoming video game, The Lord of the Rings: War in the North. Narrated by Shawn Stahl, Designer at Snowblind Studios, this video navigates the harsh mountains of Gundabad as the fellowship of three investigate rumors of an enemy enclave within this sacred region.

Highlighting the strategic, co-operative experience of the three players, the fellowship utilizes long and short range attacks, as well as surprise and a multitude of weapons to defeat foul enemies. Taking a patrol by surprise and infiltrating an enemy encampment, the heroes then catch a bleak view of the size and scope of the army they must one day face, before picking up their weapons and pushing on.

More walkthrough videos will be posted once they are available.

Tags: Lord of the Rings: War in the North