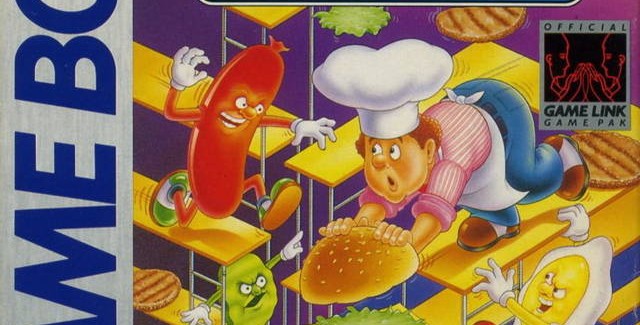 • Burger Time Deluxe ($2.99)
Description: How fast can you put together a burger when there are toppings out to get you at every turn? Give Chef Peter Pepper a helping hand in creating the ultimate hamburger in this classic arcade game. (Game Boy Virtual Console For Nintendo 3DS)

• Pyramids ($3.99)
Description: Pyramids is a puzzle-platform game in which an explorer tries to get out of the pyramids with his loot. Expect dangerous traps and monsters that will put your dexterity and ingenuity to the test. (For Nintendo 3DS)

• Thriller – DreamWorks Animation
Description: Shrek, Fiona and Donkey are in for the scariest Halloween of their lives when they attend a midnight musical based on Michael Jackson’s classic video… it’s bound to be a Thriller! (For Nintendo 3DS)

• Anima: Ark of Sinners (1000 Wii Points)
Description: Join Celia in an astounding journey through the world of the RPG saga Anima Beyond Fantasy, an adventure that will lead to the deepest secrets of the city of Ark – and her own soul. (For Wii)

• Halloween: Trick or Treat (800 DSi Points / $7.99)
Description: Go “Trick or Treating” with Mike & Sally in this exciting adventure. Escape from a Witch’s place in the Pumpkin forest. Bump into friendly Ghosts & Witches, Scary Skulls & Bats! Collect Treats and get Tricked along the way. (Nintendo eShop/Nintendo DSiWare)

• Academy: Checkers (500 DSi Points / $4.99)
Description: If there’s no one around to compete with, there’s no need to worry: skillful AI players will gladly play with you in two Checkers variants: English Checkers and International Draughts. And both of those variants are available in three different difficulty modes too! Compete in the League Mode if you want to try your hand at proving you’re the Checkers Champ. Collect achievements and you will become a real Checkers Master! (Nintendo eShop/Nintendo DSiWare)

• Pyramids (Enjoy Gaming, £3.60 / €4)
Description: Pyramids is a puzzle/platform game where an explorer tries to escape from pyramids with his loot: a task that will not be easy. There are many dangerous traps and monsters that will put your dexterity and ingenuity to the test. The explorer can use TNT and a gun, but his best friend will be his shovel, which allows him to create and destroy blocks. These blocks can be used as stairs, as bridges, or for protection… The explorer will venture through 54 challenging 3D levels, divided into 6 worlds.