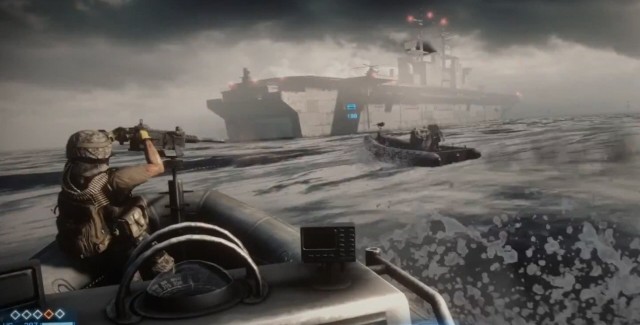 Battlefield 3 is set to up-the-ante in a short 5 days from now! The Battlefield 3 release date is set for October 25th, 2011 for Xbox 360, PS3 and PC and will surely set the gaming world ablaze.

And that point is driven home with this all-new, badass Online Multiplayer trailer, which leaves you breathless as it bores down into your brain with one minute and forty seconds of pure adrenaline madness.

“Check out intense gameplay action from each of the nine multiplayer maps available along with the very first glimpses from our upcoming expansion pack Battlefield 3: Back to Karkand. This expansion pack, featuring four classic Battlefield maps reimagined in Frostbite 2, is yours at no extra charge if you pre-order the Battlefield 3: Limited Edition on PC, Xbox 360 and PS3.”