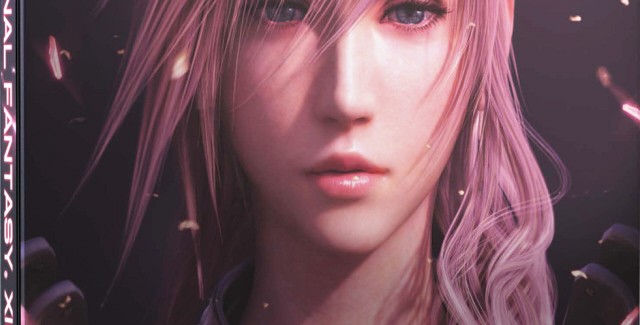 There are actually two different limited editions that you can get your hands on, each of which include specific special additions. However remember that the PlayStation 3 is backwards compatible so you may want to consider importing one of these PAL editions, if they aren’t announced for other regions later on.

Here is what’s included in each of Final Fantasy XIII-2 Collector’s Editions:

Pre-Ordering either set will net you an additional bonus: “Final Fantasy XIII-Episode i”, a special novella that details the gap between the first game and its sequel, as well as three special lithograph artcards that shows key moments from the game and a steelbook cover!

And that’s not all, pre-ordering will also net you a downloadable bonus, the “Fight In Style” DLC pack for free, which features:

Only select retailers will offer the “Fight In Style” DLC pack depending on your region, in the UK GAME.co.uk has the exclusive.

In addition to all of the above, a Final Fantasy XIII-2 – NORDIC EDITION was also announced for Nordic countries including Finland, Sweden, Norway, Denmark, etc. and it includes its own extras; although all of them are digital.

Final Fantasy XIII-2 – NORDIC EDITION includes:
– A Copy of the game.
– Alternate Costumes for Serah and Noel
– A Unique Noel Exclusive Weapon with it’s own effects and special look.
– The famous Final Fantasy monster Omega, who you can face off against in a recruitable monster battle. Win and he’ll join your party.

Hopefully a lot of this will make its way to America with our own bundle. 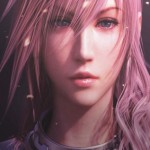 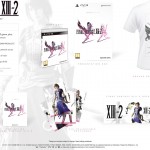