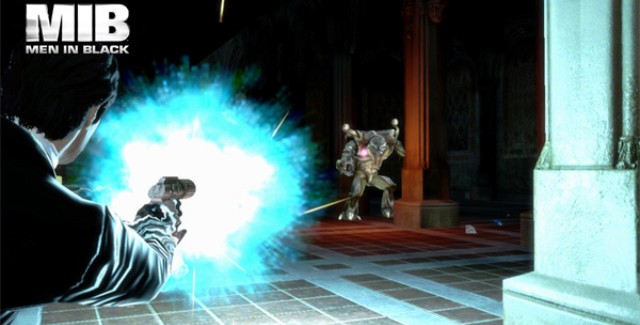 Men in Black 3: The Video Game has been announced for release in Spring of 2012 for unspecified consoles and handhelds alongside the theatrical release of the upcoming film of the same name.

True to the spirit of the franchise, the original title will feature action-packed, yet light-hearted gameplay mixed with edge-of-your-seat shooting excitement from the universe’s most elite peacekeeping force.

“The Men In Black franchise is an unbeatable starting point to deliver a genre-bending gaming experience with a level of production value on par with Hollywood,” said David Oxford, Executive Vice President of Activision Publishing, Inc. Mark Caplan, Vice President of Licensing at Sony Pictures Entertainment, stated, “With Activision bringing the Men In Black universe to life on next gen consoles for the first time, the Men In Black video game will be both familiar to fans, an exciting beginning for the uninitiated, and revolutionary for the franchise.”

The films’ unique blend of action, humor, and eye-popping special effects will fuel the Men in Black ’s gameplay experience. Utilizing the rich mythology of the Men In Black universe, the game’s original story will build on the history of the series to bring back familiar faces, while also introducing new foes. More details on gameplay features and characters will be revealed soon!

No word on whether the new videogame ties into the upcoming film in any way or is a standalone title. But one things for sure, when the game does come up, you’ll need to SYPD. That’s right! SIT-YOUR-PUNK-ASS-DOWN!