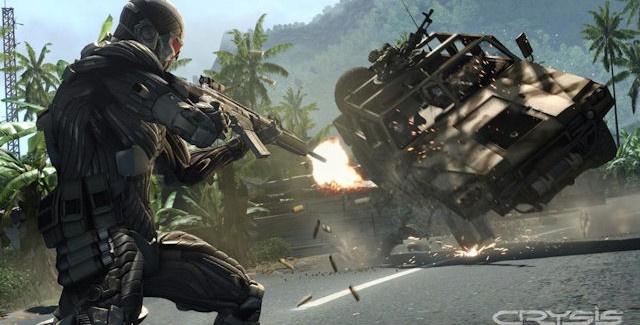 From today, at 9AM GMT (2AM PDT), you can play this new game for Xbox Live Arcade and get other Xbox Live Marketplace downloadable content for Xbox 360. Here’s an overview of what Microsoft announced worldwide.

Content: Orcs Must Die!
Price: 1200 Microsoft Points (that’s US$15 / €14.40 / £10.20 / CAN$18.60 / AU$19.80)
Availability: Check availability in your Xbox LIVE region
Dash Text: Slice them, burn them, skewer them, and launch them – no matter how you get it done, orcs must die in this fantasy action-strategy game from Robot Entertainment. As a powerful War Mage with dozens of deadly weapons, spells, and traps at your fingertips, defend twenty-four fortresses from a rampaging mob of beastly enemies, including ogres, hellbats, and of course, a whole bunch of ugly orcs. Battle your enemies through a story-based campaign across multiple difficulty levels, including brutal Nightmare mode! Will you roast orcs in pits of lava, pound them flat with a ceiling trap, or freeze and shatter them with a slash? No matter the weapons and traps you choose, you’re sure to have an orc-killing blast!

Content: NBA JAM: On Fire Edition
Price: 1200 Microsoft Points (that’s US$15 / €14.40 / £10.20 / CAN$18.60 / AU$19.80)
Availability: Check availability in your Xbox LIVE region
Dash Text: HE’S ON FIRE! NBA JAM: On Fire Edition from EA SPORTS™ is heating up and available for download! NBA JAM: On Fire Edition is everything you love about NBA JAM, dialed up to 11! Featuring bigger rosters, 30+ unlockable secret teams, legendary players, monster dunks, all-new online modes, and so much more. Of course, the voice of NBA JAM – Tim Kitzrow – is back with tons more original commentary. Download today, you’ll be on fire in no time!

Content: Space Channel 5: Part 2
Price: 800 Microsoft Points (that’s US$10 / €9.60 / £6.80 / CAN$12.40 / AU$13.20)
Availability: Check availability in your Xbox LIVE region
Dash Text: Hey there, SpaceCats – meet Ulala, the grooviest reporter in the galaxy! She’s got attitude, and she’s got moves. Help her get the scoop on an unidentified Dance Troupe that has captured thousands of people and is forcing them to dance! Will you be able to free the hostages, and uncover who’s behind the kidnappings all while bustin’ some groovy moves to sweet beats?

Content: Sega Bass Fishing
Price: 800 Microsoft Points (that’s US$10 / €9.60 / £6.80 / CAN$12.40 / AU$13.20)
Availability: Check availability in your Xbox LIVE region
Dash Text: Explore the exciting sport of bass fishing! Based on the Dreamcast hit, motor out to eight different fishing locations to catch the biggest and baddest bass possible! Choose between fourteen different lures, and compete in four tournaments. Start off as an amateur, and work your way up to the pros in the Masters Classic tournament. Get hooked!

New Games On Demand Is:

* Crysis 1
Description: Earth, 2019. A team of US scientists makes a frightening discovery on an island in the South China Sea. All contact with the team is lost when the North Korean Government quickly seals off the area. The United States responds by dispatching an elite team of Delta Force Operators to recon the situation. As tension rises between the two nations, a massive alien ship reveals itself in the middle of the island. The ship generates an immense force sphere that freezes a vast portion of the island and drastically alters the global weather system. Now the US and North Korea must join forces to battle the alien menace. With hope rapidly fading, you must fight epic battles through tropical jungle, frozen landscapes, and finally into the heart of the alien ship itself for the ultimate Zero G showdown.

Content: Portal 2: Peer Review downloadable content
Price: Free
Availability: Check availability in your Xbox LIVE region
Dash Text: Peer Review is the FREE first DLC for Portal 2, the year’s most brain-bending action-adventure game. Featuring a devious new co-op track that continues the story of Atlas, Peabody and GLaDOS, the DLC also includes both single and multiplayer challenge modes, plus leaderboards so you can compare your portal placement and time scores with the Portal community.

Content: Forza Motorsport 4 Demo
Price: Free
Availability: Check availability in your Xbox LIVE region
Dash Text: Forza Motorsport, the highest rated racing franchise of this generation, makes its return to the race track in Fall 2011 with Forza Motorsport 4. The definitive racing game of 2011, Forza Motorsport 4 brings together genre-defining, controller-based racing, the power and freedom of Kinect, and content from leading brands like Top Gear to create an automotive experience unlike anything before it.

This week, Xbox LIVE Gold members can save Microsoft Points on an assortment of select Marketplace items. The special pricing will be available until October 10th. All of the below are 50% discounted.
* Bethesda Publisher Sale – Games, Add-ons, and Avatars
* Catan
* Magic The Gathering: Duels of the Planeswalkers 2012
* Yu-Gi-Oh! 5D’s
* Hasbro Family Game Night – Battleship

New on the Avatar Marketplace: