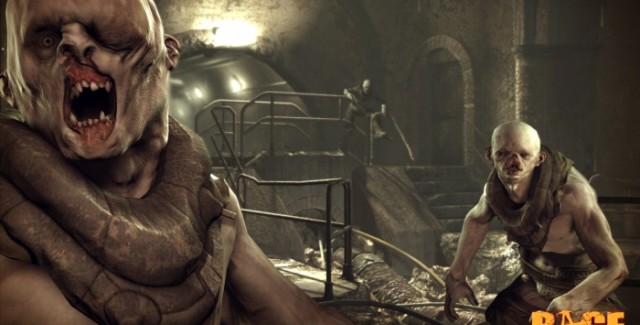 The post-apocalyptic action FPS/Driving game Rage, from the creators of Doom, Quake and Wolfenstein at id, will pleasure gamers with sounds and music by award-winning soundtrack composer, producer and recording artist Rod Abernethy who has crafted a unique original score for the game.

You can hear it yourself when the game hits store shelves. The Rage release date is on October 4th, 2011 in America and October 7th in Europe for Xbox 360, PS3 and PC.

Rage is a groundbreaking first-person shooter set in the not-too-distant future after an asteroid impacts Earth, leaving a ravaged world behind. You emerge into this vast wasteland to discover humanity working to rebuild itself against such forces as raider gangs, mutants, and much more.

Rod Abernethy’s genre-bending compositions for Rage enhance the anarchic and desolate atmosphere of the environments as well as underscoring the intense combat encounters with its hostile, twisted characters.

Tim Willits, Creative Director for Rage at id Software on the soundtrack: “Rod has created an authentic music palette for RAGE and delivered a unique score that elevates the immersive quality of our game.”

Christian Antkow, Audio Lead for Rage at id Software on the soundtrack: “Rod has an uncanny ability to take a hint of an idea and make it flourish into a fully formed composition that adds the final layer of polish, helping to bridge the gap from a game to a complete cinematic experience.”

Here is a trailer for Rage.

And here is an in-depth look at the game.