This PES 2012 walkthrough will guide you through the beginning to ending moments of gameplay with strategy tips for this newest annual Pro Evolution Soccer game from Konami for Xbox 360, PS3, Wii, PS2, and PC.

Konami insists that this 2011-2012 edition of PES 2012 is the most realistic, immersive and “delightfully playable” version of soccer that the company has produced yet. And to that end, PES 2012 Creative Producer Shingo “Seabass” Takatsuka talks to soccer fans across the world about their favorite sport in order to improve the game and make it more realistic and as close to the real game as possible. And that meant that the developers had to individually re-evaluate each aspect of Pro Evolution Soccer, including Artificial Intelligence, Offense, Defense, Penalties, Officiating and Graphics. All in all, PES 2012 represents the best key attributes in the greatest package yet for the series.

PES 2012 is rated E for Everyone, ensuring the sports game is safe for the whole family.

This eleventh edition of Konami’s popular soccer series provides a number of improvements over the version from last year, and promises the most realistic and best soccer game to date. Players will notice improved teammate AI for both Offense and Defense, newly improved Off-the-Ball Controls, more challenging Defensive Assignments, improved Collission Detection that has been completely overhauled and the best graphics yet! 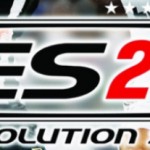 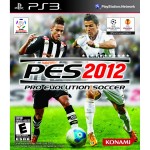