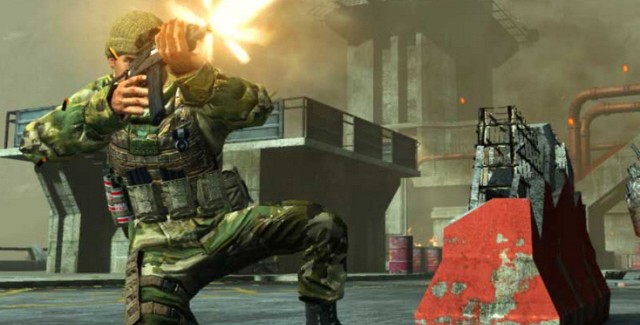 This GoldenEye 007: Reloaded walkthrough will guide you through the beginning to ending moments of gameplay with strategy tips in the new Xbox 360 & PS3 HD remake of the previous Wii hit video game remake of the original N64 movie tie-in masterpiece.

The GoldenEye experience has been updated for Xbox 360 and PS3 owners who may have missed out on the original Wii hit. Enhancements include improved graphics, upgraded online and offline multiplayer features, support for multiple controller types and enhanced gameplay customization.

This GoldenEye 007: Reloaded remake of the Wii hit has the hit refined, recharged and reloaded for Xbox 360 and PS3 gamers. The title will offer a “true next-gen experience” for current-gen consoles that includes “stunning visuals, fast frenetic action, covert stealth gameplay and unforgettable characters.”

GoldenEye 007: Reloaded is rated T for Teen. Please note that viewers must be at least 13 years old or older to watch, as this game includes Blood, Mild Language, Mild Suggestive Themes, and Violence.

A New GoldenEye For A New Bond

The GoldenEye story comes to life once again with an updated single player storyline featuring Daniel Craig as Bond and written by Bruce Feirstein, the screenwriter for the original movie. Surprise enemies covertly or engage in a full on firefight and use Bond’s latest gadget to uncover intel in augmented reality as you relive all the classic GoldenEye movie moments. Infiltrate the dam and destroy the facility; chase Ourumov in the tank through the streets of St. Petersburg; and investigate the secret jungle base.

This video gives you a walkthrough of how the Stealth works in the game.

Next we have a GoldenEye Reloaded Combat walkthrough of Severnaya. Get an up-close and personal view of Reloaded with this walkthrough from the developers!