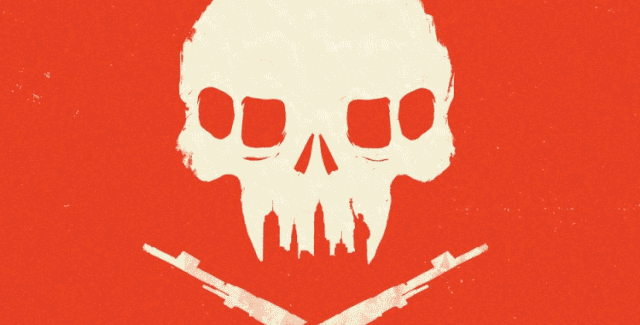 So the Chimera have invaded and taken over the world but fear not my fellow humans, the resistance will save the day, or will they? Well, let’s find out as I review the latest PS3 exclusive FPS: Resistance 3.

America is lost. Four years after the epic conclusion of Resistance 2, dishonorably discharged Sentinel Joseph Capelli is in hiding from the invading Chimeran menace with a pocket of survivors, including his new wife and young son. But when Dr. Fyodor Malikov arrives with a desperate plan, he sets into motions the events of Resistance 3, the third installment in the popular full-featured first-person shooter series. Resistance 3 is created by critically acclaimed developer Insomniac Games exclusively for the PlayStation 3 system.

Set in a brutal, alternate 1950s universe, America has been successfully conquered and destroyed by the deadly Chimeran race, forcing the last remaining human survivors to seek refuge in hiding. Players must take on the role of Joseph Capelli, the last surviving Sentinel from a clandestine military program, as he comes out of hiding to journey across a land of ruin in a heroic fight for survival against the merciless Chimera. In addition to an epic single-player campaign, Resistance 3 offers two-player online or split-screen co-op through the single-player campaign, and a new, focused progression-based multiplayer experience.

So with all the features listed, let’s see if the resistance can hold up under heavy fire from my video review.

For those that enjoy a read here’s my breakdown of those scores.

The graphics do a great job of setting the tone in Resistance 3 the world you’re thrown into is void of strong color and sets a very bleak tone for things to come, the world itself is strewn with debris from a world that looks as desperate as our hero and all of this is a good thing it helps build on the emotional side of the story and sucks you into this desperate version of our home planet, technically though there are some small issues that hold it back from the ranks of the greatest frame rate issues and a tendency to over blur makes it seem older than it really is and just a little dated for an exclusive title.

This is a special addition that I will be adding to all games that feature a 3D function, and wow it’s great the 3D effect has a very strong depth and doesn’t over blur or have trouble when moving like certain FPS titles, I only played Resistance 3 in 3D for an hour but that entire time I felt immersed completely and even more fearful when running through confined spaces great stuff.

Let it never be said that Insomniac don’t know how to make games fun, this is an all out gun fest of explosions and carnage everything a FPS should aspire toward, good story line, immersive gameplay and a variety of multiplayer and co-op adds to its bounty of features so yes it is a standard 7 hour shoot through affair but crank up the difficulty and take a friend to go bust some Chimera tail and the weekend is set! Epic fun.

Seems lately every PS3 exclusive should have an album released it was great fun going through being elevated through highlights of the story by the soft gentle music in the background or really feeling like you have your back against a wall when it’s crunch time, it may be a little scripted but it works and it works well.

So to finish up: Resistance 3 is by no means perfect but is a definite improvement over the second, although some may say that’s not too hard to do, it was a really enjoyable experience through the single player campaign despite some smaller let downs, like bosses being recycled and the multiplayer issues that made it largely unenjoyable for the first few days have all been rectified all be it through a massive 600+mb patch still a must for any fan of the series or just some one looking for the next online shooter on the menu to devour. A solid 7.

Please visit our other Resistance 3 pages: