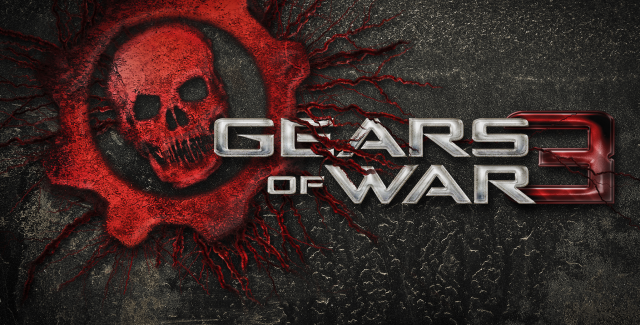 The time has come everyone as we finally get a chance to sink our Lancer chainsaws deep into enemy flesh in my Gears of War 3 review, the latest third-person action shooter exclusive to the Xbox 360.

In Gears of War 3, players fight on as Marcus Fenix, the grizzled war hero and leader of Delta Squad. Eighteen months after the fall of the last human city, the war against the Locust rages on. Meanwhile, deep beneath the surface, a fearsome new threat is infecting the planet from within. With survivors scattered and civilization in ruins, time is running out for Marcus and his comrades as they fight to save the human race.

So let’s have a look at all the action in my video review.

Gears of war 3 is built up on years of experience and it shows when you play. Like a fine tuned car the controls are immediate and responsive never leaving you feeling out of touch with your character. An absolute gaming delight.

The co-op side of the game has definitely been a thought from the very beginning, both local & online, and at the same time presents itself just as well when played in single player, which is a real treat not to feel left out just because the internet is down for the night.

There are some that may say that the unreal engine is showing some age now but thanks to a brand new lick of paint Gears 3 still seems to shine like it always does, the look and feel is maintained throughout the series so there’s nothing new here character wise although they have all had a few wrinkles and scars added.

The environments present themselves very well, with water and foliage, destructable items and environments it looks really great.

It’s big and it’s EPIC that’s it really some fantastic musical scores to accompany every big battle or emotional moment and all with the right kind of pacing you only notice it’s there when you need to and that’s the kinda sound you want.

Gears was made for 3D it was simply amazing and a must for any 3D gamer out there, the game has built-in depth controls and is very easy to set up and unlike some other big titles sporting the third dimension Gears never ghosts or duplicates during play an absolute 3D gem.

New to the series? Or are you a Gears vet? It doesn’t matter, every shooter fan is going to enjoy Gears of War 3! It’s got a huge epic single player experience with a high replay value, and a multiplayer co-op that I think will make sure this game is played for many years to come. In my opinion it’s a gaming gem and a must-have for every Xbox 360 owner.

Please visit our other Gears of War 3 pages: