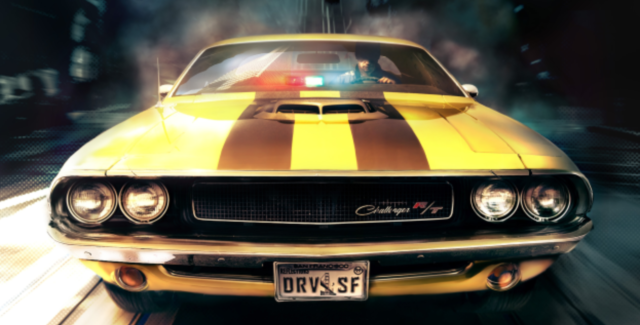 Welcome to my Driver San Francisco review, I’ve been putting pedal to the metal and burning rubber all week to bring you guys my thoughts on the lastest installment in the driver series. So get your seatbelts on and let’s get into my Driver Francisco Review.

Driver San Francisco puts the wheel back into your hands in the next installation of the classic racing saga. In this battle of good and evil, your car is your weapon; and with a huge arsenal of more than 130 vehicles to choose from, you have endless power within your grasp. Handle your cars with the unique style that established the Driver series as a quintessential chase experience, with an all-new twist. Take the wheel with more control than ever, harnessing the incredible ability to instantly Shift to the exact car you need — at the exact moment you need it.

When you spot an enemy a block ahead, swap to a high-powered vehicle and throttle ahead to stop his getaway. When an opponent threatens to drive you off the road, take command of his vehicle and force his demise. Experience an even more enhanced Shift in the six online game modes, transporting yourself across miles in the blink of an eye with the ability to swap locations. Whether you’re hunting down the bad guys, racing bumper-to-bumper against a friend or taking on skill-testing dares throughout the city streets, kick it into high gear, forget about the speed limit and don’t hesitate for a split second — or this ride could be your last.

Ok time to see if Driver SF is really that quick off the mark in my video review below.

Now that’s done lets rack up the score shall we?

Driver’s world is an amazing recreation of San Francisco from the winding streets to tower buildings or even the grime of the back alley it’s all there and that’s just the backdrop to hundreds of fully licensed vehicles that glisten under the sun.

Cut scenes are a joy to watch ok the story got a little weird but watching each is like an episode of your latest favorite tv show with no expense on the car chases.

Shift is a brilliant gameplay feature allowing you to switch cars at any time, ok so that may not sound so exciting until you try it and then imagine the possibilities, need to stop some street racers on a free way and your car’s to slow switch to a faster one or for more chaos switch to the 18 wheel rig on the oncoming side of traffic and park it in the centre of the lane and create an instant pile up taking every racer down and a huge slow mo celebration as you watch them pile up.

Unless of course you had an issue with some of the huge variety of music available, that you are free to skip through at any time or you hate the sound of screeching tires. I would suggest a good high volume and don’t worry about the neighbors it’s great to listen and play to.

A superb return from the Driver series and one that has you eyeing up the controller for just a few more tries at that jump or the challenge between friends as you rip up San Francisco together, Driver SF is a must for almost everyone to add to their collection.

The plot of the story may have got a little out of touch but then of course it is pretty tough explaining how an ordinary detective can suddenly switch bodies and they made it work combined with the hilarious comments made as you randomly shift between vehicles and scare the daylights out of somebody’s mother in law.

All I can say is this is staying in my console until the tires run flat, a great game that will be fun for all.