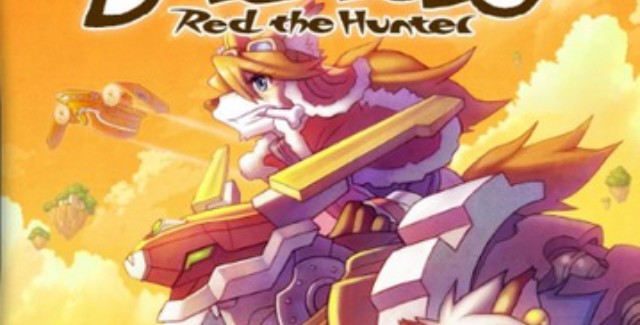 This Solatorobo: Red the Hunter walkthrough will guide you through the beginning to ending moments of gameplay with strategy tips for this beautiful action RPG from famed anime studio Madhouse (Trigun, Ninja Scroll, Death Note).

This DS/DSi/3DS action RPG features an engrossing story where players have a cast of multiple anthropomorphic animal of various cultures to play with and unique play mechanics to learn. Altogether the beautiful hand-drawn look and play combine to create a fun and unique gameplay experience “rarely seen on a handheld.”
Solatorobo: Red the Hunter is rated E10+. Please note that viewers must be at least 10 years old or older to watch as this game includes Fantasy Violence, Mild Language, and Suggestive Themes.

Players take control of the titular Red Savarin, an ambitious and eager 17-year-old anthropomorphic dog, who’s quest will take him through the mythical floating islands of the “Shepherd Republic”, where the dog populace makes use of mech robots that they ride/drive. These are commonplace, and the various breed of dog live a generally carefree life. Red journeys with his younger sis named Chocolat (without the e, see) and is joined by his personalized mech named Dahak. Together they complete odd jobs to earn money.

During a routine retrieval mission, the story begins as our duo has a chance encounter with a mysterious boy named Elh. It is here that they find a mysterious medallion that will be the cause for a deeper adventure that Red is now entangled in.

Red ends up taking Elh under his wing, and investigates the mystery that surrounds the boy and his strange object. While doing so he will take on monsters, evil robots and sky pirates of all kinds and rise up to be the reluctant hero of this adventure. An adventure that leads our hero to save the world from a swiftly awakening evil.

To that end, the player must his Red’s robot to pick up and throw heavy objects, enemies and items, catch enemy projectiles and toss them back at the foe, glide through the blue sky and even do some monster fishing! In addition to gorgeous anime-style graphics and cutscenes, an “amazing” soundtrack brings the aerial, dogfighting world to life as players attempt to complete over 70 missions. During these quests they will gain new resources to upgrade their robot and prepare for the epic struggle to save the world from evil!

Thanks to cybermega for the walkthrough videos. 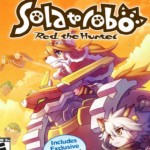