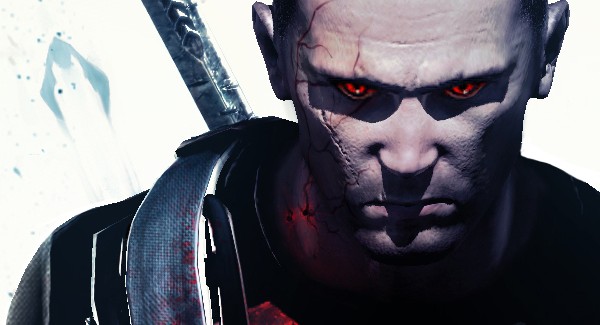 This Infamous 2: Festival of Blood Preview gives a quick look at what can be expected from the upcoming DLC!

inFamous 2: Festival of Blood is an upcoming, downloadable inFamous title, being marketed as a standalone PSN game separate from inFamous 2. The content will be available for download in October.

Vampires have overrun New Marais and Cole MacGrath has been bitten. He has one night to find and kill the Head Vampire and change back to his usual state – one night to save the city.

Here is a list of key elements that will be available in Infamous 2: Festival of Blood based on news and announcements made so far.

Zeke narrates the trailer as the events unfold. He mentions that using Cole’s Conduit blood had some alternate effect compared to normal human blood (due to its inherent healing powers).

New Amp
A new Amp is found in the Teaser Trailer. The design is that of a spade-shaped blade with dark engravings in the metal and a cross design in the hilt.

Moral Choices?
At the end of the teaser trailer, Cole is seen biting a woman civilian. This is not unusual seeing as how vampires need to feed on blood to survive, however it is currently unknown whether or not his vampirism will have noticeable differences in the gameplay such as different abilities and/or weaknesses. It is also unknown whether or not Cole can make moral choices in his vampire state that change the outcome of the content.

Move Compatibility
Along with dating Infamous 2’s expansion pack, Sony confirmed that the add-on will introduce Move functionality to the Sucker Punch-developed game. The motion-sensing interface will be integrated into the core Infamous 2 package as well as Festival of Blood.

Take a look at our Infamous 2: Festival of Blood Screenshots Gallery!