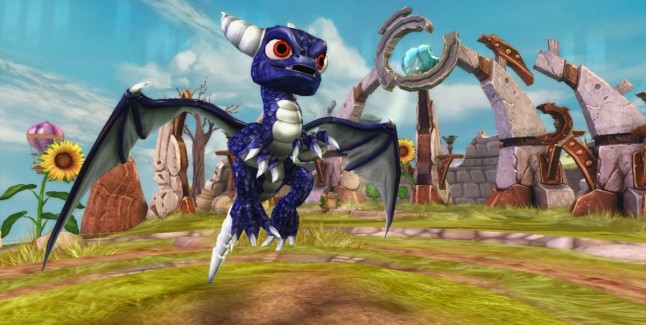 This Skylanders: Spyro’s Adventure Preview gives a quick look at what can be expected from the upcoming fantasy, adventure title!

In Skylanders: Spyro’s Adventure, players take on the role of a powerful Portal Master who can control over 32 different characters, including the beloved fire-breathing dragon, Spyro.

Players will embark on a fantastical journey into an amazing world, where they will explore mysterious, mythical lands, battle menacing outlandish creatures, collect gold and treasures, and solve interesting puzzles while on a quest to save their world from Kaos, an evil Portal Master, that they must defeat.

Kaos has banished all 32 of the characters (Including Spyro) from their world into our world, and then, they are frozen in our world as toys. Only the players of Skylanders Spyro’s Adventure can get them back into their world, and do what they can do to save it.

Jeff Poffenbarger, the Executive Producer from Toys For Bob, talks about the new elements we can expect to see in Skylanders: Spyro’s Adventure!

Jonathan Mintz (Vicarious Visions), the Lead Designer on the game, explains how the Nintendo 3DS interface works in conjunction with the toys and what will make the game an exciting addition to the Nintendo 3DS collection.

And take a look at this “Interaction Figures” trailer!

Here is a list of key elements that will be available in XPEC Entertainment, Vicarious Visions and Toys For Bob’s Skylanders: Spyro’s Adventure based on news and announcements made so far.

Attacks & Leveling Up Characters
Characters each have a primary attack, and a secondary attack. They gain experience points by defeating monsters, and leveling up will result in the possibility of getting upgrades. Each character has its own special abilities that differ from each other, as well as assigned elements. This adds replay value, as each character faces the world in different ways.

3DS
There are many new elements included in the 3DS version of Skylanders.
These include:

Additionally, two figures can be placed on the portal simultaneously, for cooperative or versus play.

Action Figures
The video game comes with 3 action figures. Each action figure represents one of 32 playable characters, including Spyro, each with unique abilities.

Take a look at our Skylanders: Spyro’s Adventure Screenshots Gallery