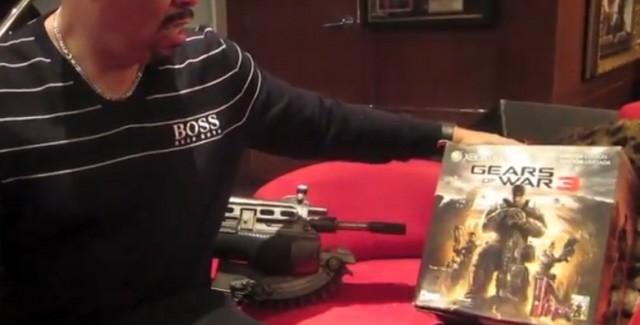 Ice T capped the first Gears of War 3 Unboxing video, due to many facts of the famous gangsta rapper’s life… Like the little fact that Gears of War 3 features the Ice Man himself as a playable character!

Ice T plays Griffin, the leader of a group of human survivors called the Stranded.

In this video Ice T shows off the awesome Lancer replica, which retails for $100 bucks, as well as the Xbox 360 Limited Edition Gears of War 3-branded system, followed by the standard version of the game itself!

He also shows a bit of the intro.

The Gears of War 3 release date of September 20th, 2011 is quick approaching! Will you be buying a Gears of War Collector’s Edition?