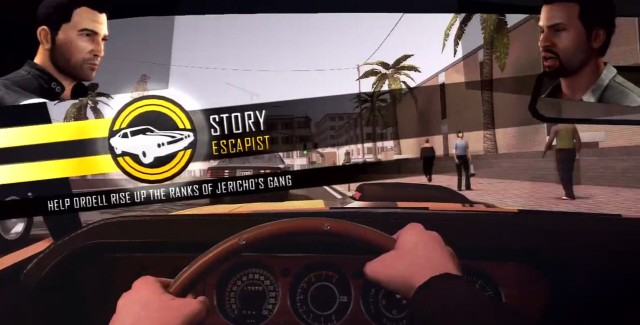 This Driver: San Francisco walkthrough will guide you through the beginning to ending moments of gameplay with strategy tips for this revival of the classic PS1 racing series for Xbox 360, PlayStation 3, PC, Mac, and Wii.

With crime lord Charles Jericho now on the loose, San Francisco faces a terrible threat. Only one man can stand against him. His name is John Tanner. He is the DRIVER. Driver: San Francisco is the return of the established action driving video game series that has sold 14 million copies worldwide. Players will race through the iconic streets of San Francisco across 210 square miles of terrain, with the ability to SHIFT between over 130 licensed muscle and super cars to complete missions, challenges and dares. With its timeless atmosphere, unique car handling and renewed playability, Driver: San Francisco revitalizes the classic free-roaming, cinematic car chase experience for the current generation of video game platforms.

Please note that viewers must be at least 13 years old to watch. As this game is rated T for Teen and includes these content descriptors: Drug References, Language, Sexual Themes, and Violence.

He’s the most ruthless crime lord to ever prowl the streets of the City by the Bay. His name is Charles Jericho, and he certainly did not bring his heart to San Francisco. Now the fate of the sunny city rests in the hands of one man: a detective, a hero, a Driver. John Tanner has put hundreds of criminals behind bars and chased injustice out of many a city, but this mission poses a threat like no other — and could be his last. Step into the driver’s seat as the hardened detective and get ready for a relentless manhunt that could end either with the restoration of justice or the setting of the sun on the Golden Gate Bridge forever.

Synopsis
Driver San Francisco puts the wheel back into your hands in the next installation of the classic racing saga. In this battle of good and evil, your car is your weapon; and with a huge arsenal of more than 130 vehicles to choose from, you have endless power within your grasp. Handle your cars with the unique style that established the Driver series as a quintessential chase experience, with an all-new twist. Take the wheel with more control than ever, harnessing the incredible ability to instantly Shift to the exact car you need — at the exact moment you need it.

When you spot an enemy a block ahead, swap to a high-powered vehicle and throttle ahead to stop his getaway. When an opponent threatens to drive you off the road, take command of his vehicle and force his demise. Experience an even more enhanced Shift in the six online game modes, transporting yourself across miles in the blink of an eye with the ability to swap locations.

Whether you’re hunting down the bad guys, racing bumper-to-bumper against a friend or taking on skill-testing dares throughout the city streets, kick it into high gear, forget about the speed limit and don’t hesitate for a split second — or this ride could be your last.

Chapter 2: Get to the Hospital!

Chapter 3: Get to the Showroom