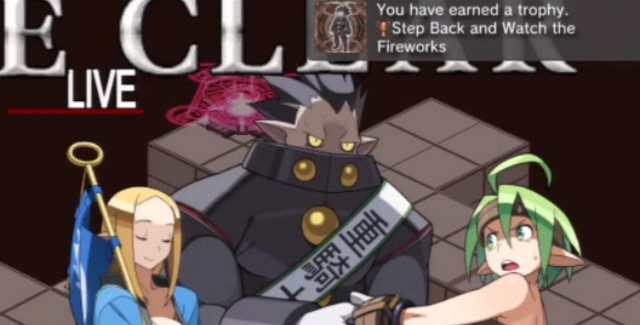 Our Disgaea 4 Trophies guide lists every Trophy for this PS3 Strategy RPG and tells you how to get and unlock them.

1. Unanimously Elected (Platinum) – Complete all other trophies. You have obtained all the trophies.

Hidden Trophies List
2. Biggus Stickus (Gold) – Inflict 10,000,000,000 damage.
3. Evildoer Of the Year (Gold) – Unlock all Evil Symbols.
4. Items Roadshow (Gold) – Collect all items (excluding grades). Now aim for completing all the grades, too!
5. Pimp My Ship (Silver) – Collect all of the Pirate Ship parts.
6. Intelligence Director (Silver) – All ranks of all job and monster classes can be created through Character Creation.
7. Special Stalker (Silver) – Watch all of the special skills.
8. X-tra-Dimension-al Conquistador (Silver) – Clear all of the X-Dimension maps.
9. Roaring Pringer Bringer Downer (Silver) – Defeat Pringer X: Roar in the Land of Carnage.

29. Viva Sprites! (Bronze) – Fight five battles with the ‘Classic’ display option. Pixels still rock! — This Trophy is easy as pie to get. Simply go into your menu for “Chara Sprites” and change the setting from “Advanced” to “Classic”. You then need to play the game five times with the character sprites set to Classic. You can easily do this by replaying previous maps/missions that you know you can easily beat again.

30. Baby’s First Reincarnation (Bronze) – Reincarnate for the first time. — You can Reincarnate by having at least 100 Mana. Go to your Cam-Pain menu and select Reincarnation (also called Transmigration), which will reset your characters level back to 1. However this ultimately gives you endless benefits. When you Reincarnate, your character can switch to a different Class but with increased stats, weapon mastery and transferring of certain abilities from the previous Class. Through Reincarnation you can effectively exceed the level cap of 9999 by reaching 9999 over and over again, therefore learning skills from multiple classes and growing ever more powerful.

31. Snare Bear Stare (Bronze) – Throw and capture an enemy character in the base panel.

33. Collateral Damage (Bronze) – Defeat an ally character. — You must kill an Ally to earn this Trophy, so it’s best to kill your lowest Ally, like a Prinny as seen in this video.

36. Step Back and Watch the Fireworks (Bronze) – Explode ten Prinnies in a row. — Do this by unlocking the Map Maker, which you earn after reaching Chapter 4. You’ll need to put the Prinnies in a line on the map you build, as seen in this video.

Please add your own tips to the comments to help each other out! 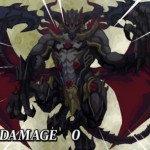 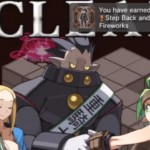