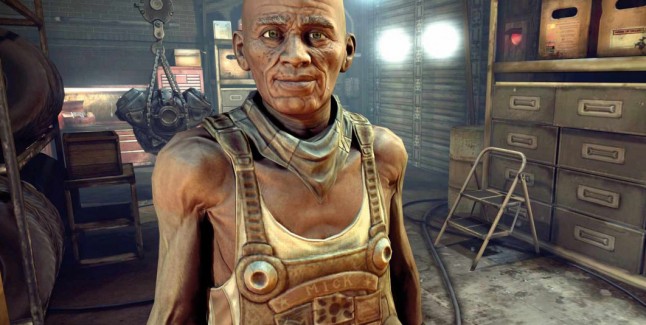 RAGE creative director Tim Willits has said that there is quite a bit of work left to do before the game hits the shelves!

Speaking in an interview with RPS at gamescom, Willits said that the team is still optimizing things on the PC end.

“Because we’re Steamworks on PC, which is really nice, we get to keep working on our executable so the guys are back doing some last-minute tweaks on the PC version,” he said. “It’s always been solid, but there’s some things they want to do like better automatic machine configuration, get more cores to transcode the textures and stuff like that. So the guys are finishing some cert issues and doing some last-minute optimizations on PC, but when you authenticate on Steam for the first time, that’s when you’ll actually get the executable, so we can work on that until we have to ship it.”

He also said the level designers and artists are now starting to work on DLC. He also stated that the team will wait a while to judge player reactions once the full game is released.

“The programmers are all very, very, very busy, but the level designers and the artists are starting to work on some DLC,” he said. “But we want to hold off a bit and find out what people like, because you shouldn’t just assume people like [something] then find they want something else. So we wanna find out what they actually like for the DLC.”

He also added that, “when people buy the game, they spend a lot of money on it. To them it’s an investment. If they feel like the company that made it doesn’t want to invest in it, then they don’t want to invest in it. That’s why I think DLC’s important. We’re the patch kings, you know, so if there are issues that come up we’ve got to patch them. I think those things are important, to let people know that you still care about that franchise, and you want to support that franchise. Then you can make them say ‘okay, I’ll put my money down on this franchise’.”

RAGE is an upcoming first-person shooter game by id Software, due to be released on October 4th (US) and 7th (EU) 2011 for the PC, PS3 and Xbox 360 platform.

Not familiar with the game? Check out the trailer!