The upcoming first-person, action video game is currently in development by Airtight Games and set to be published by Square Enix.

It is designed by Kim Swift, who formerly worked at Valve Software as the lead designer on the critically acclaimed Portal.

The plot stars a 12-year-old boy as its main protagonist.
One day, he pays a visit to the laboratory belonging to his uncle, an eccentric scientist and inventor named Professor Fitz Quadwrangle. Shortly after his arrival however, an explosion occurs as a result of a failed experiment, causing the professor to disappear. The boy then discovers a special glove with the power to change dimensions, which he decides to use in order to find out what happened to his uncle.

The game is scheduled for release in early 2012 on Xbox Live Arcade, Playstation Network and Windows download distribution services.

Have a look at the Quantum Conundrum announcement trailer!

Kim Swift presents the demo in this video.

And check out these intriguing screenshots from the game! 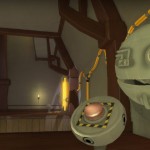 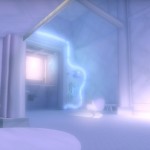 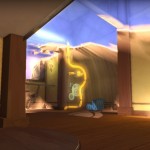 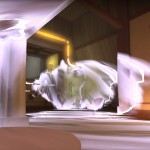 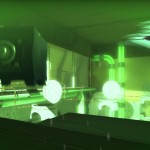 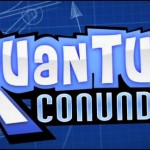