Starfox 64 3D is Nintendo’s upcoming stereoscopic 3D 3DS remake of the hit Nintendo 64 game in the Starfox series, a title that was released in 1997.

It was the first “modern” entry in the series that went beyond the basic polygonal 3D graphics of the original SNES Star Fox (which gave it its unique look) with a more realistic style.

The game is a on-rails shooter in which the player takes on the role of Fox McCloud in a flying ship known as the Arwing. Enemies are encountered as the ship automatically moves forward, and the player must shoot them down while moving to the left or the right. There are also a number of maneuvers that can be used such as the Barrel Roll; which reflects projectiles. Collecting power-ups along the way will increase your fire power, and you face an intimidating boss at the end of each level. Special levels also had you controlling the Landmaster Tank or Blue Marine Submarine instead of the Arwing. 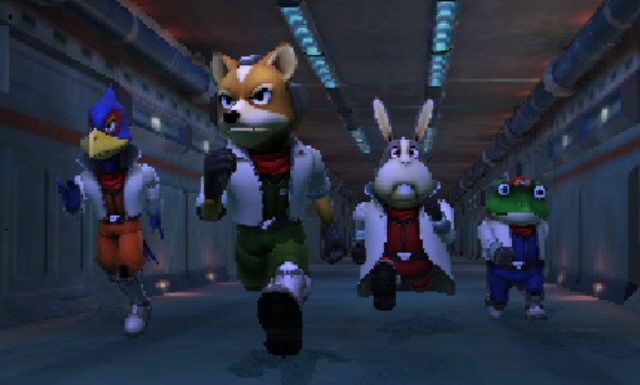 Starfox 64 was one of the first Nintendo-published games to feature full voice-overs (as well as the debut of force feedback in videogames with the “Rumble Pak” accessory, that plugged into the bottom of the Nintendo 64 controller), and throughout the game you are accompanied by your Wingmen: Slippy the Frog, Peppy Hare the Rabbit and Falco the Falcon.

This video shows off gameplay footage of the Landmaster Tank and Blue Marine Sub.

Other new characters like Bill and Katt also join at certain points, and throughout the game you will need to protect your Wingmates or rescue them; with a Medal being earned by destroying a high number of enemies and surviving with your Wingmen intact. Collecting enough Medals would unlock an Expert Mode, alternate Costume for Fox, Sound Test, new Title Screen and Multiplayer additions.

Starfox 64 also featured open-ended sections where the player has more freedom to fly around an “arena”, and can perform a U-Turn maneuver. The levels in the game have two, or on one occasion three, branching paths where the player can take different routes, although you end up with the same ending. There are a total of 25 different paths you can take in the game. 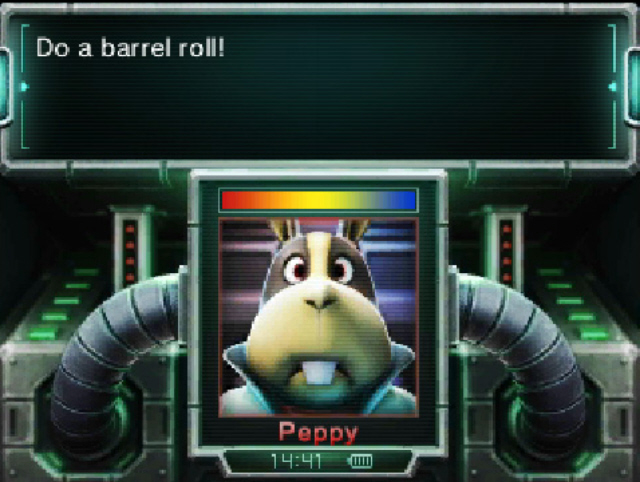 Not only was there a single-player mode, but also a four-player multiplayer mode which allows you and three friends to battle each other in a free-roaming arena-style face-off using your Arwings. By earning Medals in single-player, you could unlock additional multiplayer features like the Landmaster Tank, the ability to fight on foot, and more.

New to the 3DS version is a complete graphical upgrade, essentially making this a remake of the N64 original much in the vein of the recent The Legend of Zelda: Ocarina of Time 3D. 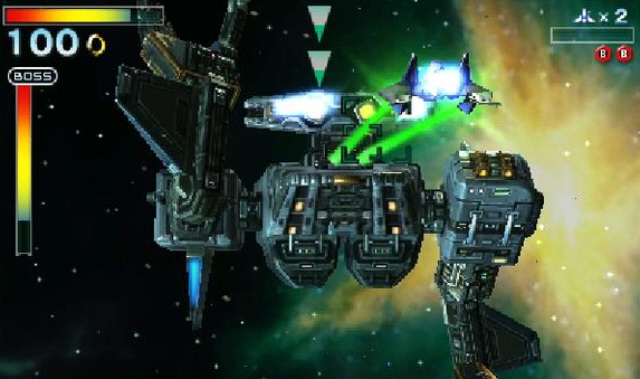 In addition to the graphical facelift, the game features classic “64 Mode” controls, where the game is played using the D-Pad or Circle Pad and face buttons, or a new “3DS” Mode where the player maneuvers by physically moving and tilting the system.

Additionally, all of the controls and character dialogue are now on the bottom touchscreen, freeing the top-screen and its gameplay from obstructions.

Here is a video showing off topscreen gameplay footage of Starfox 64 3D.

It’s inexcusable in 2011 to lack online play. This game should’ve featured two, three and four-player online cooperative play and full online multiplayer with Point Match, Time Trial, Battle Royale and new modes being on offer for 1-4 players. The game also should’ve supported StreetPass and SpotPass. It also would’ve been cool to have extras to unlock by earning Medals, such as making-of videos, a preview of the unreleased Star Fox 2 and history of the series, music tracks from throughout the series, information on the characters and planets, a bestiary on the enemies and bosses, etc.

Alas, it seems that none of these obviously great features will be supported in Starfox 64 3D. But lets home I’m wrong.

Here’s a look at the multiplayer in Star Fox 64 3D.

Here is a list of key elements that will be available in Nintendo’s 3DS remake of Starfox 64 from the N64 era, based on news and announcements made so far.

It’s important to note that Star Fox 64 3D will not dramatically diverge from the N64 original; nor will it include anything noteworthy that’s all-new.

Graphical Facelift
Star Fox 64 has never looked so good! Star Fox 64 3D gives the game a complete make-over with higher-defintion visuals than ever before; giving the game a nice sheen that makes it look much more modern than the bland 64-bit original.

Gryoscope Motion Controls
New control options allow you to play the game and control your Arwing, Landmaster and Blue Marine by simply tilting and moving the Nintendo 3DS game system. Since Starfox 64 3D is an online rail-shooter these new controls fit the game well. You can also play the game classic style with the “64 Mode”, where you simply use the Circle Pad or D-Pad to control your ship, just like in the original.

Classic, Fast-paced Shooter Gameplay
Each mission takes players through a different planet of the Lylat system as they blast enemies, collect power-ups and fight powerful bosses on their way to the final battle. Kill enough enemies and keep your Wingmen; Slippy, Peppy and Falco alive to earn Medals and unlock new content. Over 25 branching paths are available throughout each of the game’s many worlds.

See Your Opponent In Local Multiplayer Via the 3DS Cameras
A new multiplayer option lets up to four players engage in fierce aerial combat via a local wireless connection with only one game cartridge required. See your opponent through the use of the 3DS Cameras as you play three modes: Point Match, Battle Royal and Time Trial.