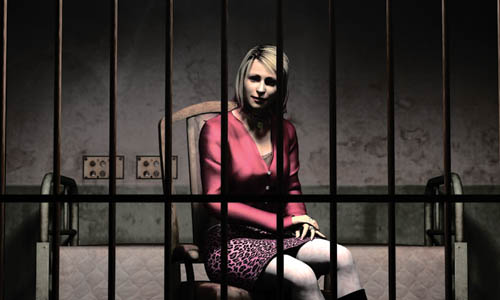 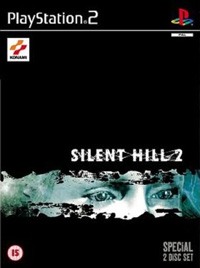 The silence is broken…

James Sunderland’s life is shattered when his young wife Mary suffers a tragic death. Three years later, a mysterious letter arrives from Mary, beckoning him to return to their sanctuary of memories, the dark realm of Silent Hill. Now James must go back to that special place to uncover the truth, unaware that the answers he seeks require the ultimate sacrifice.

One of the most intelligently developed and executed video games ever made, Silent Hill 2 pushed the boundaries of survival horror and psychological story telling. Every element of the game has been so splendidly crafted that it sits firmly at number three in our count-down!

The jewel in Silent Hill 2’s crown is the story for many complex reasons. Although it would be impossible to detail every aspect, I want to go into the characters and themes presented in the game.

For example, each character in Silent Hill 2 is an oddity whether they be human or monster. You have Angela, a disturbed young woman with the look and voice of a thirty year-old; Eddy, a somewhat scary man with all the immaturity of a child; Laura, a sneaky little girl who likes to play games of all kinds; Maria, an emotionally complex individual; and of course James, the most mysterious character of the bunch. Without giving too much away, each of these characters represent facets of the game story, and bring to life the twisted verse that is Silent Hill 2.

There were also many different endings to the game, which tied in with the overall story line!

Somewhat stiff and awkward, the gameplay (though not perfect) added to the overall experience too. Combat was difficult, camera angles often changed awkwardly and navigation was nigh on impossible, but these flaws made Silent Hill 2 a perfect survival horror title.

The fog was also a great touch! It prohibited the player from being able to travel anywhere without a major challenge. Enemies were everywhere and sexualized to a disturbing (almost Giger-esque) degree, and there was nothing more terrifying than hearing the screech of a monstrosity pass you in the fog, with the knowledge that you almost ran right into it. All of these elements helped to create a sense of fear, isolation and suspense.

When asked about what influenced Team Silent, the themes of “sex and death” were mentioned. The “two things that people think about the most” drove the developers to create Silent Hill 2. And these themes are present everywhere. They are present in the ambiguous dialogue, the twisted monsters, the disturbed visuals and level designs. Nothing in the game neglects these themes and in story, Silent Hill 2 trumps as the most disturbing game of all time.

Most who are familiar with this title will also remember Akira Yamaoka’s haunting melodies. The most ingenious video game soundtrack to date, no one can beat the sounds created in Silent Hill 2. You need only search for “Promise” or “Ordinary Vanity” to understand just how unique the score really is; the clunky metallic sounds accompanied the sad melodies beautifully and reflected the tainted atmosphere of the game itself.

Silent Hill 2 has the most intelligently written script and story line ever to grace a video game. It has a unique sound and perfectly flawed gameplay (how’s that for a juxtaposition?) Its complexity, beauty, and downright terrifying ambience is nothing short of awe-inspiring.

For a gamer who yearns for an unforgettable gameplay experience, Silent Hill 2 is for you. 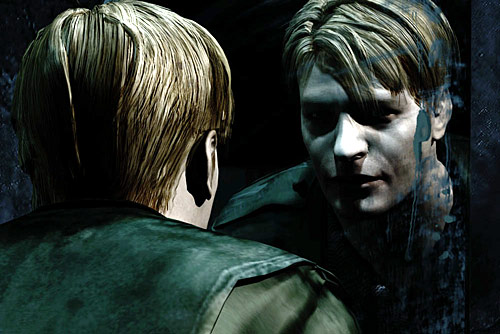 Interested in this game? Try Play.com if you’re living in the UK, or Amazon.com (US) for some great deals!

Be wary upon entering Silent Hill!