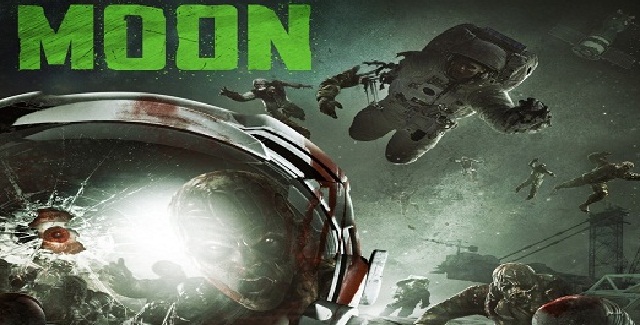 Our Call of Duty: Black Ops Rezurrection Achievements & Trophies guide for the DLC pack lists every Achievement & Trophy for this Xbox 360, PS3 & PC first-person shooter and tells you how to get and unlock them.

Earn the Achievement to get the corresponding amount of GamerPoints added to your GamerScore. There are 7 achievements with a total of 250 points. The DLC will cost: 1200 MSP.

This hacking device can be found in random places. Go the to the lab just beyond the power room, If you look around you will find desks with a card on it (Check all three floors) one will have a black box (the hacker), swap it for your space suit and use it to open a door, hack a weapon, repair a window or even easier, go up to a teammate and hack them and give them 500 of your points. Just remember to get another space suit again.

3. One Giant Leap (5 points) – In Moon, become trapped in the Receiving Area and free yourself through resurrection in co-op.

Buy the mule kick perk which costs 4,000 points which allows you to have three weapons, (the location of mule kick is in the video)

Use the teleport to travel back to no mans land and pack a punch one of your guns at a time throughout three seperate journeys as too many zombies arrive at once. Leaving a crawler doesn’t affect the amount of zombies in no mans land.

After you have all three weapons pack a punched at the same time your achievement will unlock.

6. Ground Control (10 points) – In Moon, prevent each excavator from breaching the base in one game. — The second half of this video guide will show you how to unlock it.

In order to complete this Easter Egg, you need two previous achievements from Call of the Dead and Shangri-La, which are “Ensemble Cast” and “Time Will Tell”. When those achievements are earned, the player who incarnates Richtofen in Moon will see a tiny Vrill Generator icon on the bottom of his screen. For this Easter Egg you’ll be requiring three weapons from the Mystery Box: the Wave Gun, Quantum Entanglement Devices(QED), and Gersch Devices. You’ll also need the Excavator “Pi” to breach into Tunnel 6. It does not matter when it breaches, it only needs to breach once.

Turn on the power to begin. The switch will be in the room opposite the paramid. Go outside right below the spawn room and you will come across four terminals. Here you will be playing a game of Samantha Says to begin walk up to the terminals and they should start flashing showing you which color each terminal is, but if it doesn’t just press X to start it. Once the game has begun the terminals will flash a sequence of colors, remember the order and once it stops enter the sequence by pressing X on the correct terminals.

Now you will need to make your way to the labs and find the hacking device. It will randomly spawn on one of the counters where there is a card on it. On the second floor of the labs you will see four buttons on the wall next to each other, Use the hacking device and hack one of the buttons on the right. This will activate fourcomputers around the labs, these computers will have a green flashing light. Hack the four Computers and then go back to the four buttons on the wall quickly press X on the buttons and they will start flashing.

There will be a warning over the intercom, about the escavator (digger) and tunnel six. In order to complete this next step you will need all the doors in Tunnel six unlocked. Once this area has been breached you will need to get the hacking device and make your way back to the spawn room. Find the Terminals with a flashing green light and use the hacking device to switch them off.

Once the escavator has been stopped, make your way to tunnel six. In these tunnels on the ground near a door by the M16 there will be a black egg. Use your knife on this egg and keep a very close eye on it as it will move and bounce of walls etc. It will stop a few times but just keep knifing it. This egg needs to get outside to the satelite dish above the base where the computer terminals outside where. Use the wave gun to shoot at this egg to move it again. Once its on the move again, follow it to the door at the other end. Open the door and it will make its way to the paramid room. The egg will go into the paramid room and land in the centre of the dial in front of the paramid.

Look for a wire (looks like a pipe) that can be found in the labs where the hacking device can be found. Its not always in the same place so check on the tables, on the floor or corners between the first, second or third floor.

Once you have found this item, make your way to the portal (No Man’s Land) As you spawn look to your right and there is a shelve like structure. On the far right of this structure there are two plates. Use a grenade to knock them down. Once on the ground throw a gersh device at them. If you do this correctly, you will find the plates on the ground in the teleporter by you.

When you teleport back, in this same room where you are now, look next to the quick revive on the floor. Throw a Quantum Entanglement Device at it. This will move the plates to the far right corner by a computer. Place the wire in between the computer and the plates. Now who ever plays as Richtofen needs to put the Golden Rod in between the two plates and then keep pressing x on the Keyboard until the characters have stopped talking. When the screen lights up green remove the Golden Rod.

This can be done before filling the cylinder or after.

Once the black egg has landed in the middle of the dial in front of the pyramid, you will see a empty container rise on the right side. You will need to kill 25 zombies near this container to collect thier souls. Once this has been filled up, you will hear “Activate the switch” This is to the right next to the cyclinder on the wall. Once you pull the switch the pyramid will open and Samantha will appear. Doing this will unlock the Cryogenic Slumber Party Achievement and all of you will get the death machine for 90 seconds.

Now place the golden rod into the dial where the egg is. Another 4 containers will rise on each corner of the pyramid. You will need to do the same as previous, accept this time it will require 100 zombies. It may take a couple of rounds to complete this so be prepared. Once you have filled all four containers, pull the switch on the wall again to empty them.

Once all four containers are emply, throw a quantum entanglement device at the egg. Lay infront of the dial and aim at the centre, throw the device and this should move the egg back to the computer terminals where you played Samantha says. The egg will be right next to it on the ground. Make your way to the Computer terminals. Where the egg/ball is throw a gersh to see it teleport.

Now you will have to finish 3 more rounds of Samantha Says. This round is a bit harder to the previous one. As soon as you have completed that, three rockets will appear and head towards earth.

You should all now have permanent perks for the rest of the game.

Unlocking guide videos coming soon. We’ll update once more info is available. If you have any tips leave them in the comments and we’ll add them to our guide and give you credit!

Please comment if you have any questions or tips of your own.