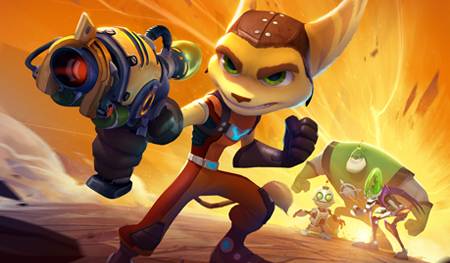 An exciting new trailer for Ratchet & Clank: All 4 One has been revealed at Gamescom 2011!

The upcoming, four-player cooperative, PS3 exclusive video game, developed by Insomniac Games and published by Sony Computer Entertainment, will be released on October 18th (US), October 20th (AUS) and October 21st (EU) 2011. It is the tenth installment in the Ratchet & Clank series and will be the first PS3 title in the series that is not part of the “Future Trilogy.” It does however, take place after A Crack in Time.

The new trailer presents us with comedic banter, brand new co-operative play, plenty of action and hi-jinks! Looks like it will be a great addition to the Ratchet & Clank series!