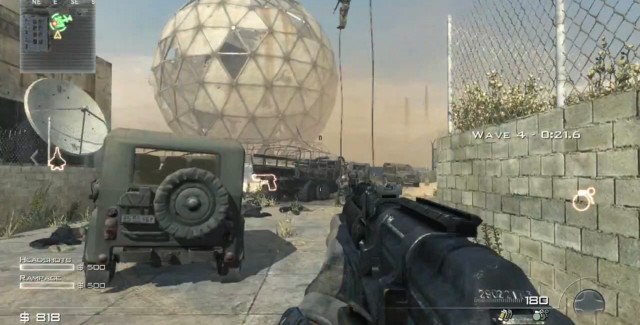 Modern Warfare 3 DLC will be released first on Xbox 360, announced developer Infinity Ward for the downloadable content of the upcoming title. This will not come as a surprise to Call of Duty owners, who were used to the Xbox 360 being the first platform to gain DLC; way ahead of other platforms like the PS3 and PC.

What isn’t known is how much DLC will be produced for Modern Warfare 3 or how much it will cost.

However you can expect that the amount of downloadable content for Modern Warfare 3 will probably be comparable to that of Call of Duty: Black Ops, as developers are increasingly getting a lot of their revenue via paid content.

We’ll likely learn about the first Modern Warfare 3 DLC at the upcoming Call of Duty XP 2011 Experience conference in September.

The Call of Duty: Modern Warfare 3 release date is on November 8th, 2011 worldwide for Xbox 360, PS3, PC, Wii and DS. Be sure to pre-order the Modern Warfare 3 Collector’s Edition if you’re a fan!

Here is a trailer revealing the Co-Op Spec Ops mode.