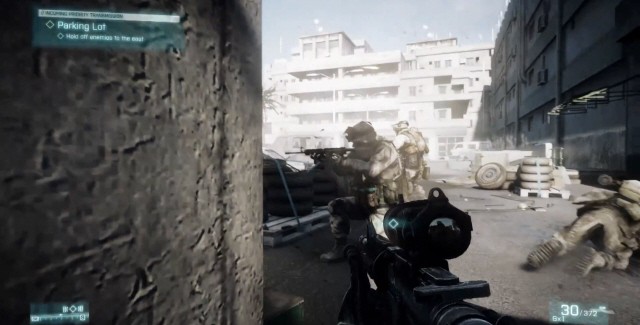 The Battlefield 3 Open Beta takes place on September 11, 2011 confirmed developer EA, and it will allow fans to try out the multiplayer modes in the game ahead of the Battlefield 3 release date of October 25th.

The open beta will be open to all players on all platforms who want to try out the game, although how you get in will be communicated at a later point.

Note that if you pre-order Battlefield 3: Limited Edition via EA’s online Origin store, you will also earn access to the physical items in the “Physical Warfare Pack” as well as the Shotgun and Beret weapons for use in Battlefield Play4Free.