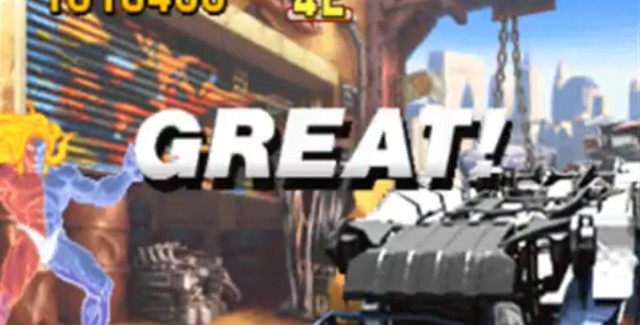 How to Unlock Gill
PS2 (Via Street Fighter Anniversary Collection)
Gill is the M. Bison of Street Fighter 3, replacing the beloved nemesis from Street Fighter 2. His appearance is that of a strong, Roman fighter in nothing but a loincloth, but with magnificient alternating colored skin. To unlock Gill as a playable character, you must beat the game with every character on any difficulty setting, with the System Direction set to normal.

Here is a video of Gill in action.

Dreamcast
Normal Version: Unlock Gill by beating the game with the 4 characters you have yet to use.
Double Impact Version:
How to Unlock Akuma: Highlight Sean and Press Up.
How to Unlock Shin Akuma: Beat Shin Akuma in Arcade Mode, then select Akuma while holding Start and pressing any other button.
How to Unlock Gill: Go to Options and set Difficulty as 1 Star, Damage to 8 Stars, and Rounds to 1. Beat the game with any character. Now highlight Sean and Press Up to play as Gill.
Extra Options:
At Mode Select for either Street Fighter 3 or Double Impact, highlight Options and hold down the L and R Buttons. Keep them held while you do the following: Choose Option. In the Options Screen, highlight “Game Options” and Press: Left, Left, X, X, Right, Right. Next, highlight “Button Config” and press: Left, Left, Y, Y, Right, Right. Now highlight sound and press: Left, Left, Y, X, Right, Right. Finally, if done correctly, you’ll see the “Extra Option” menu item appear beneath the Sound Option. Huzzah!
Legitimate Way To Fight Akuma: Win three perfect victories in Arcade Mode. This will allow you to fight Akuma! You’ll see him leap to the battle with a Raging Demon, ready to lay the smack down on the fool who dares to challenge him!
Legitimate Way to Fight Shin Akuma 1: You must defeat Akuma in either round with a Perfect Victory without losing any rounds. Then after beating Akuma he will rise again … as Shin Akuma!
Legitimate Way to Fight Shin Akuma 2: Beat Akuma by finishing him off with two Finishing Specials, without having lost a round yourself. Now when beating Akuma the sky will grow threateningly dark, and you’ll face Shin Akuma!
How to Fight Your Hidden Rival: In the one-player Arcade Mode of 2nd Impact, earn at least four Super Art Finishers without losing a round. If done successfully, you’ll see a message that reads: “Your rival has found you!” You’ll then get to battle with your hidden rival! Note that each character has their own secret hidden rival for you to battle using this method! Good luck!
How to Unlock the Full Pause Screen: Pause the game, and then press X+Y to rid the screen of the menu while keeping the game paused.

How to Battle Q In Single-Player
To fight against the mysterious Q in the single-player Arcade Mode, don’t lose a single round until stage 8. This will then pit you against “Q”.

How To Unlock Extra Costume Colors
First beat the game with a character whose alternate costume you want. You can then unlock a hidden outfit for various characters by holding Start when you select a character, then pressing any of the three punches or kicks.