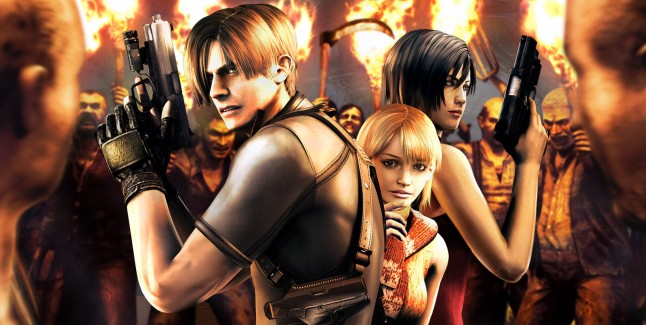 Next at number 7 we have Capcom Production and Studio 4’s third person shooter, action-horror game Resident Evil 4, a reboot of the franchise it has perhaps the best balance of gameplay elements seen in an action-horror! 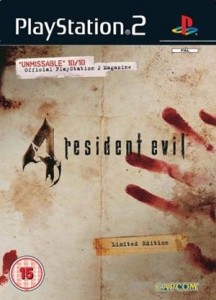 Several years have passed since the destruction of Raccoon City… Leon faces the worst possible conditions, a mysterious village, creatures that defy nature.
Play five action-packed scenarios, confront your fears, and discover the secrets of Resident Evil in Ada’s report.

One of the most successful franchise-reboots, Resident Evil 4 is the smoothest-playing action/horror title to date! Though it was met with some criticism over changing the “Resident Evil formula” it sits firmly at number 7 in our count-down!

Players control Leon S. Kennedy from a third-person, over-the-shoulder perspective in his mission to find and rescue Ashley Graham – the President’s daughter. The gameplay focuses on action and shootouts involving a large number of enemies in open areas.

New gameplay mechanics and additional features really made Resi 4’s gameplay a cut above the rest.

Laser sight was included, which added new depth to the “shooter-mechanic”. The player could easily aim in many directions and bullets affected the enemies specifically where they were shot. For example, shots to the feet caused enemies to stumble, whilst shots to the arms caused them to drop their weapons. Leon also had a knife at his disposal to cut open boxes and other objects of interest.

The 180 degree turn was another new feature that helped to create a flawless gaming experience. Players could completely turn around whilst moving backward by pressing circle or square. The “attache case” was a feature used to store items and whilst it was helpful, it also provided extra challenge! Items had to be prioritized as space was limited but you could upgrade the cases to carry more items. The weapons dealer, ability to combine items, and the “comm screen” that warns you of danger and provides information are just a few extra features that made the title.

Enemies ranged from small fry to HUGE fry! The assortment of foes really embodied the “evil evolves” tag line and presented the player with multiple challenges – you could also never look at a chainsaw the same way again!

In addition to these elements, hidden extras were available in Resident Evil 4.

Players could play Ada Wong in the “Separate Ways’ crossover, an exclusive to the Playstation 2. A “behind the curtain” perspective, these missions followed the mysterious Ada character whilst revealing more about the unfolding events experienced in the main game. Other bonuses such as new weapons that could be acquired from the weapons dealer and difficulty selection at the end of a game were also included.

Lasting around 22 hours, Resident Evil 4’s gameplay was as flawless and thrilling as it was challenging.

As the far as the game’s story is concerned, it was a fine accompaniment to the action-packed gameplay.

The game is set in the year 2004, with Racoon City having been destroyed under orders from the U.S. government. Leon S. Kennedy, recruited by the U.S. Secret Service, travels to a rural village in Europe where he encounters a horde of violent villagers. They pledge their lives to Los Illuminados (“The Enlightened Ones” in Spanish), a cult that has kidnapped Ashley.

Dealing with mind-control parasites, cults and research facilities, the story of Resident Evil 4 isn’t too different from other titles in the franchise. It does however feature memorable characters and never takes itself too seriously, which is definitely part of the game’s appeal!

Though Ashley Graham could be considered the most annoying A.I. partner in video game history, the overall story goes well the fast-paced gameplay.

Forget that this title is part of the Resident Evil franchise, as a stand-alone game Resident Evil 4 is flawless. Every element within the game such as gameplay mechanics, pacing, story, music, visuals and extras were perfectly balanced. Resident Evil fan or not, Resi 4 shouldn’t be missed! 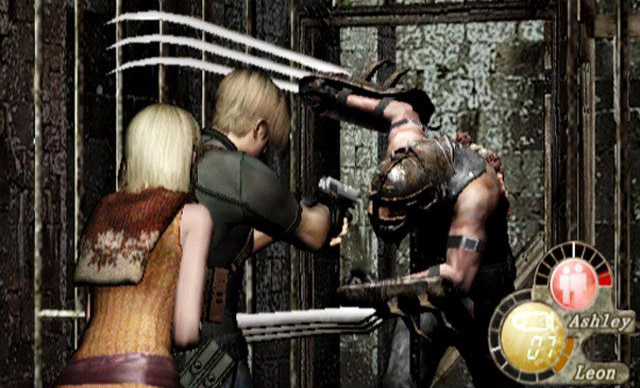 Interested in this game? Try Play.com if you’re living in the UK or Amazon.com (US) for some great deals! Or wait for Resident Evil 4 HD that’s on its way to Xbox 360 and PS3 on September 20th, 2011.