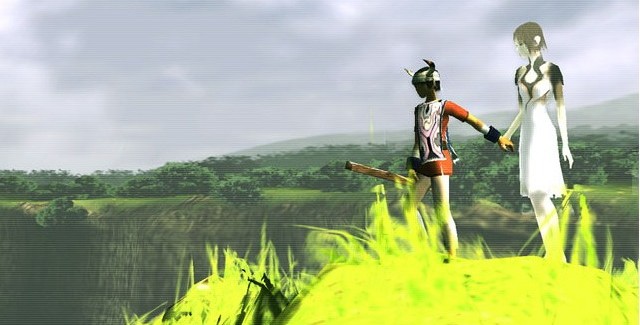 Next at number 8 we have Team Ico’s action-adventure, puzzle games Ico and Shadow of The Colossus, rightly considered works of art, the beauty and power of both titles simply must be experienced!

Team Ico’s action-adventure, puzzle, artistic masterpieces for the PS2, and soon to be available for the PS3 – ICO and Shadow of The Colossus.

Check out the ICO & Shadow of the Colossus Collection trailer! 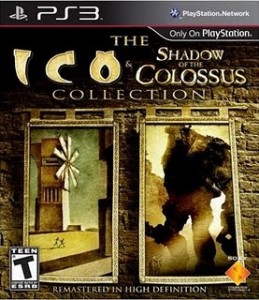 A cursed boy, lost in a place of shadows. A young girl, consumed by sorrow and loneliness.

Together, they must find a way to escape. But their prison is vast and holds many secrets. Every twisting staircase, creaking door and towering pillar is part of a larger puzzle. Each torch and shaft of light only serves to illuminate another mystery. Their path is dark and treacherous. But somehow, they know they will find a way out, a way back to the light…

Into the unknown, ride forth…

Tales speak of a distant place where creatures the size of mountains roam free. Bound to the land, these beasts hold the key to a mystical power – a power capable of bringing the departed back from the other side. Spurred by love, yet armed only with a sword and bow, one man faces an extraordinary challenge – a solitary quest to find and slay opponents so immense they seem to possess no weakness. But in this desolate, beautiful land, very little is ever as it seems. And the journey is only just beginning…

The reason that ICO and Shadow of The Colossus appear in this Top 25 List together, is because they are very similar works by the geniuses at Team Ico. Both considered works of art, these titles are simply awe-inspiring with a purity that pulls at the heartstrings of all who play them.

What makes ICO and Shadow of the Colossus so memorable is the minimalist gameplay, story and visual perspective.

The gameplay in both titles are a basic mix of puzzles, combat, platforming (and a little bit of exploration in the case of Shadow). Puzzles are often challenging and no hints are given! Combat sections are difficult too either due to the number of enemies you fight or having to figure out how to combat them. These elements were very simple in theory, but the balance between each mechanic was perfect and is surprisingly difficult in many areas!

Both games also relied on A.I. partners in-game. In ICO, Yorda can help by opening certain gates and locations whilst the young boy must guide her about the castle by hand. In Shadow of The Colossus, Wander’s Horse named Agro plays a large role in the game. In addition to serving as a means of transportation, she is vital in defeating some of the colossi.

The stories and characters in both titles are also simply presented. Minimal dialogue and themes such as love and friendship are utilized to the fullest and are universally understood. I think the power of ICO and Shadow of The Colossus rests in the skeletal story elements we, as the player, are given. Nothing is really spelled out for you and as a result, players fill in the blanks with their own thoughts and emotions. But however you personally perceive the game, the feeling of innocence and love are powerfully presented and make the titles what they are – beautifully told.

The soundtracks to these games were also inspired. ICO has an organic sound to it that perfectly represents the visuals and story, and Shadow of The Colossus has a powerful, melancholic soundtrack that is often considered one of the best video game scores ever composed. Either way, the music in both games add to an overall atmosphere of sadness, innocence and beauty. You can’t help but listen to tracks like “Epilogue – Those Who Remain” (SOTC) or “You Were There” (ICO) just to feel your heart-break.

ICO and Shadow of The Colossus are works of art and must be played to be appreciated.

I am going to leave this little recap fairly short as I feel that over-explanation would not do the titles justice. But what I will say is that the somewhat minimal perspective in both story and gameplay only help in making these games the most magnificent, thought-provoking titles ever made. 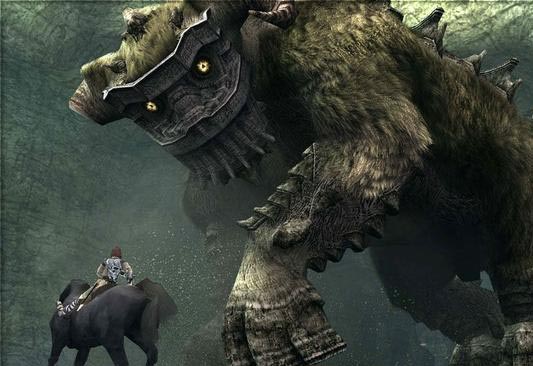 Interested in these games? Try Play.com if you’re living in the UK or Amazon.com (US) for some great deals, for the upcoming ICO & Shadow of the Colossus Collection that ports these PS2 classics to PS3 in HD!