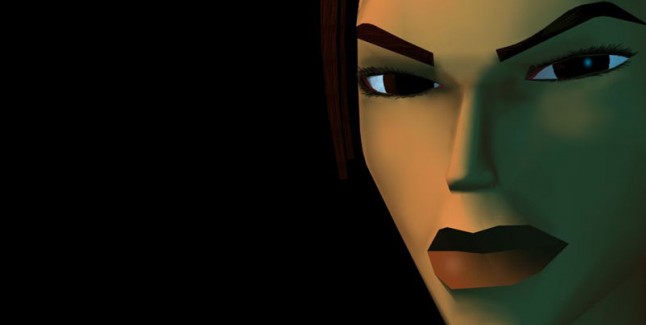 Next at number 9 we have Core Design’s third-person, action, adventure game Tomb Raider, the most iconic action-adventure title in gaming!

Take a look at the Introductory Scene! 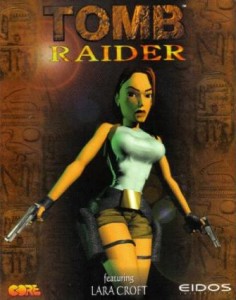 Adventurer Lara Croft has been hired to recover the pieces of an ancient artifact known as the Scion.

With her fearless acrobatic style, she runs, jumps, swims, and climbs her way toward the truth of its origins and powers – leaving only a trail of empty tombs and gun cartridges in her wake. On this trail are the most breath-taking 3D worlds yet seen – where explorations, puzzle and platform elements blend in a seamless real-time environment.

The title that moulded the modern action-adventure genre, Tomb Raider is the first game in one of the most iconic adventure series. Pairing elements that had never been seen before with the most immersive platform and puzzle-play experience, make Tomb Raider a classic ‘Must-Play Video Game’!

What really classifies Tomb raider as a defining action-adventure title is the gameplay. Core Designs integrated a variety of well-planned mechanics and new features to create a truly unforgettable game! For example, never before had players been able to shoot and aim whilst jumping, rolling or running. Lara Croft had this ability and more, and it worked beautifully. You could also multi-target; combine these two elements and you have a smooth combat experience!

The platform elements were also fine tuned. Players could jump, shimmy, roll, dodge, and swim their way through levels – you name it, Lara Croft could do it! There were also plenty of puzzles to keep your brain muscles flexed. Enemies ranged from dinosaurs to baboons, something that always kept you on your toes! And there were also 16 massive levels encompassing four continents!

To add to the overall ‘blockbuster movie’ feel, Tomb Raider utilized a cinematic cam system. This resulted in epic shots when entering new locations; when Lara dives into her indoor pool, the camera swings into a high shot whilst tracking her dive – a feature we see a lot nowadays in Assassin’s Creed for example.

Tomb Raider’s gameplay was high-octane and tense whilst intelligently crafted and practically flawless.

Ahead of its time, the writing and story of Lara Croft integrated film-like sequences too, that were cleverly written and highly immersive. The score to Tomb Raider also had a movie-like quality to it. The serene main melody and pulse-pounding action themes really created an epic atmosphere that drew you into the world and role of Lara Croft!

If you want to experience the game that set the benchmark for all modern action adventure titles, then Tomb Rider shouldn’t be missed – without it there wouldn’t be titles like Uncharted! 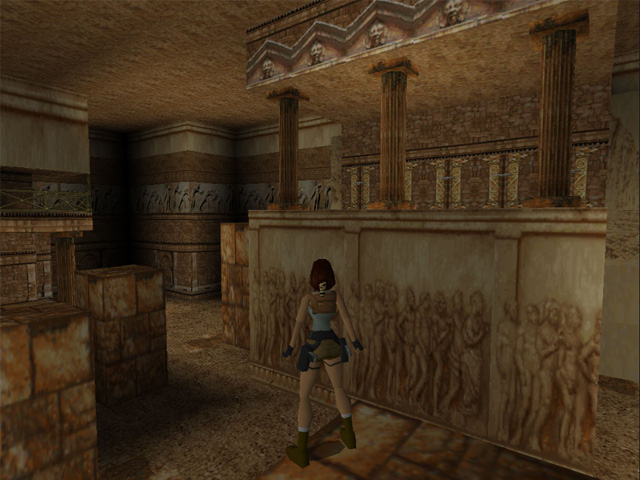 Interested in this game? Try Play.com if you’re living in the UK or Amazon.com (US) for some great deals! Also note that there was a 2007 remake in HD called “Tomb Raider: Anniversary” on Xbox 360, PS3, PC, Mac (PS2, PSP, Wii versions exist too, but aren’t in HD).