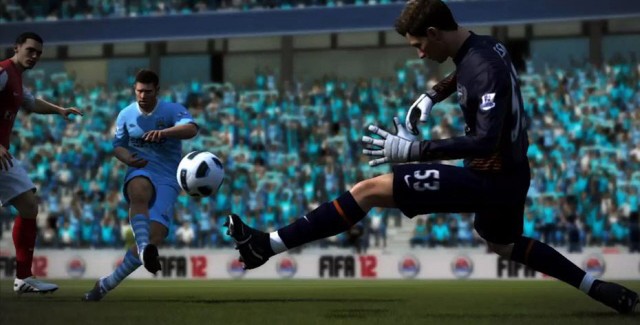 Revolutionary gameplay innovations make FIFA 12 deeper and more engaging. All-new Precision Dribbling creates a higher fidelity of touch on the ball for better control in tight spaces, more time to make decisions on attack, and more control over the pace of the game. Innovations in attack are balanced by a re-designed defending mechanism, making it as skilful and meaningful as the real-world game. With all-new Tactical Defending, positioning and intercepting passes are as important as tackling. Tactics and timing are crucial. Plus, CPU players have been infused with Pro Player Intelligence, a self-awareness that enables them to behave and make decisions based on their own skills and tendencies, and gives them the aptitude to understand the strengths and weaknesses of teammates in every situation.

EA SPORTS Football Club—the heartbeat of FIFA 12—is a live service at no additional cost, connecting players to the real-world game with fresh, new content all the time, enabling them to support their favourite club and connect and compete with their friends, rivals and millions of other players around the world.

Transformed to look and feel fresh and new from pre-match to final whistle, FIFA 12 delivers an all-new Career Mode driven by the storylines from the real-world sport, an authentic match day experience, faster and easier navigation with a brand new menu system, and more than 500 officially licensed clubs.

Here is the official trailer for FIFA 12.

Will you be buying FIFA 12?