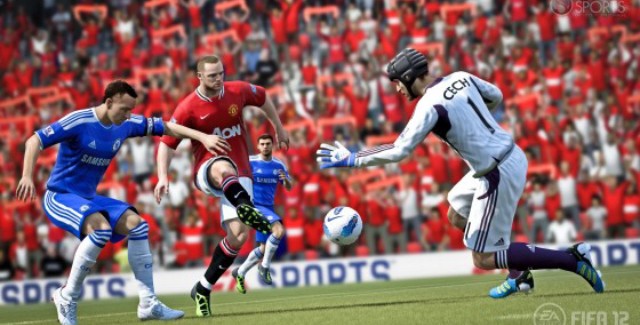 The FIFA 12 Demo will be released on September 13th, 2011 announced EA Sports at Gamescom 2011 during the Electronic Arts Press Conference.

As per usual when it comes to demos, the demo will only be available for the Xbox 360 and the PlayStation 3 versions of the game, via the Xbox Live Marketplace and PlayStation Network, respectively. The demo will be free to download, of course.

In other FIFA 12 news, EA confirmed that Ultimate Team will be included on the retail version of FIFA 12 from day one! While this wasn’t necessarily unexpected news, it will be great news for FIFA fans and more incentive for Ultimate Team players who are returning to this years FIFA. If you played the Ultimate Team mode in FIFA 11 then you will earn specific bonuses, just like in last year’s game.

Ultimate Players will also be able to build your team earlier than anyone else, via the EA website starting on September 20th, a week before the U.S. release date of FIFA 12!

FIFA 12 will be released on September 27th in America and September 30th in Europe for every system under the sun, including XPeria Play, iPhone, PS2, PSP and PS Vita. The only systems it won’t be released on is DS, Wii U and Mac.