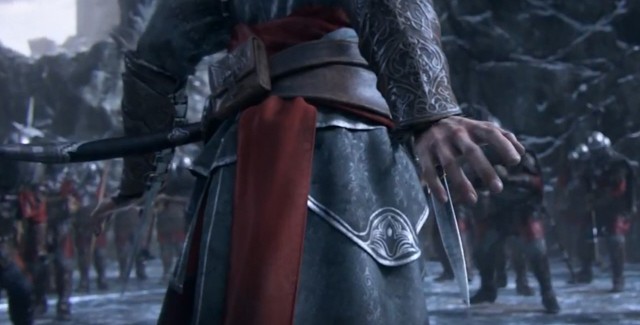 Revelations is the final game in the trilogy and promises to tie up loose ends and conclude the stories of Ezio and Altair; as this will be the last game in the franchise to star the two leading men from previous games. Naturally, Demond Miles will also play a huge role in Revelations.

The release date of the game will probably not please very many people, as it puts Asssassin’s Creed: Revelations head-to-head with some of the biggest games of the holiday season for 2011.

Assassin’s Creed: Revelations will be releasing one week following Call of Duty: Modern Warfare 3 (which could perhaps be the biggest and best-selling game of all time) and will hit within the same time frame as Battlefield 3 (EA’s Call of Duty-killer), The Elder Scrolls V: Skyrim (follow-up to the hugely successful Western RPG The Elder Scrolls IV: Oblivion) and Uncharted 3: Drake’s Deception (follow-up to Uncharted 2: Among Thieves, one of the highest reviewed, highest-selling and most critically acclaimed games ever made and exclusive to PS3).

How excited are you for Assassin’s Creed: Revelations?

Here is a badass trailer for Assassin’s Creed: Revelations.