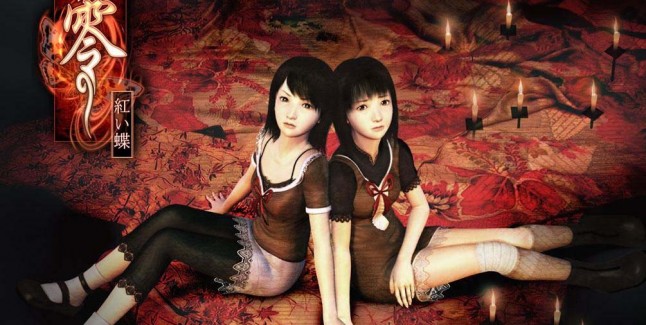 Next at number 11 we have Tecmo’s survival horror game Fatal Frame 2 Crimson butterfly a.k.a. Project Zero 2, a white knuckle ride of scares with a beautifully tragic story. 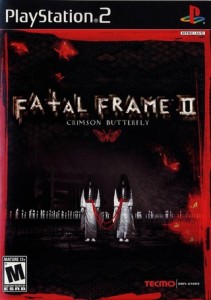 The day of a new ritual approaches…

Legend tells of a lost village whose population vanished during the eve of a sacred ceremony.
Now twin sisters have found themselves trapped in this lost village and are in danger of succumbing to the ritual of the Crimson Sacrifice.

Players must venture into All God’s Village and escape the horrors that lie in wait. The ritual is rapidly approaching!

Fatal Frame 2 is a classic survival horror with a heart-felt, chilling story and ingenious gameplay mechanics that elevate the genre to new heights! The second title in a series, picking just one game for this count-down was very hard considering they all play beautifully. However, Crimson Butterfly wins with the best story line and puts it at number 11 in the list of Top 25 Must-Play Video Games.

Your primary weapon in the game is the “Camera Obscura”; a camera with a difference, it has the supernatural ability to destroy spirits. Though the use of a camera in gameplay isn’t exactly new, Fatal Frame 2 utilizes this feature to the fullest! Not only does this ‘weapon’ leave you feeling highly under-protected, but you can only take powerful shots when a ghost is close enough to touch your nose (or lens). Waiting for a spirit to get so close for that split-second opportunity is a nail-bitingly, tense ordeal!

And these ghosts aren’t pleasant by any means. Misshapen, twisted and extremely malevolent, your filament glows a bright red when one is near. There will be many times in battle where a ghost will disappear and in these situations, the filament is your only guide to determine where it will jump out next.

The Camera Obscura is possibly one of the best survival horror mechanics created! This feeling of vulnerability haunts you throughout the game, and in combat you feel no better. The lens is the only thing that separates you from the horrors you face.

The sound effects, too, only add to this roller coaster ride of terror! Taking a leaf out of Silent Hill’s book, Crimson Butterfly utilizes the sound of static to create a sense of building tension. In addition to this, Mio’s echoing footsteps and quickening heartbeat when danger approaches, leave you on the edge of your seat. Fatal Frame 2 cleverly creates an atmosphere in which the player feels unsafe and it makes for a great gameplay experience!

The one thing perhaps that makes Crimson Butterfly the best game in the series is its story.

It follows twins Mio and Mayu Amakura as they try to escape a ghostly ritual. Mio feels a guilt and responsibility for her sister after a childhood accident leaves Mayu weakened in her young adult life. Events in the game explore and test the friendship and bond between the two, which makes for beautiful and somewhat sad viewing. As a result of superb character development and story-telling, this compulsion to escape ‘together’ affects the player too, and makes the terrors that you witness all the more heart-wrenching.

Fatal Frame 2 Crimson Butterfly is first and foremost a horror game, but peel away the layers and you’ll find a well told story both tragic and terrifying. This game doesn’t just succeed in gameplay, it sets a benchmark for how all horror games should play.

If you are a survival horror-junkie like me, Fatal Frame 2 should not be missed.

But don’t forget! Play this game in the dark, with headphones, on high volume for the full experience. I will warn you however that sleepless nights may follow! 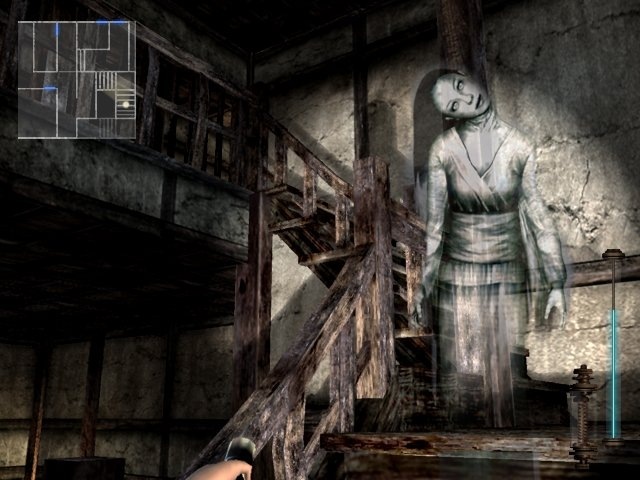