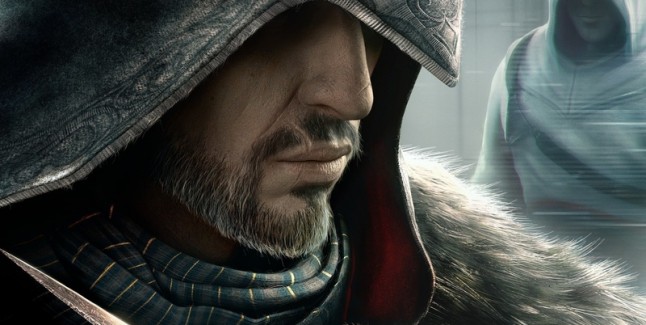 This Assassin’s Creed: Revelations preview gives a quick look at what can be expected from Ubisoft Montreal’s upcoming third person, action-adventure, sandbox game.

Published by Ubisoft Montreal, Assassin’s Creed: Revelations is the newest installment of the hugely popular Assassin’s Creed franchise. The game is set to be released for PlayStation 3, Xbox 360 and Microsoft Windows on November 15th 2011!

Revelations picks up where the last game left off and sees Desmond Miles in a coma. He has been returned to the Animus to maintain his consciousness where he falls into an Animus back door called the Black Room. He hopes to reassemble his shattered mind – and reawaken from the coma – by locating a key memory connecting himself, Altaïr Ibn-La’Ahad and Ezio Auditore da Firenze together. To do so, he begins reliving the later memories of Ezio.

Throughout the course of the game, all three protagonists from the previous games will be included: Altaïr, Ezio and Desmond! Ezio must use relics of the first civilization that hold memories of Altaïr to relive Altaïr’s experiences, during which you will control the protagonist of the first game.

Revelations looks to be the most exciting installment so far and will be the final Assassin’s Creed title to depict Altaïr and Ezio as main characters, since Assassin’s Creed III will introduce a new protagonist!

The GRTV team met up with the producer for the online component of the upcoming Assassin’s Creed: Revelations to discuss what new multiplayer features we can all expect.

Alexandre Amancio shares his thoughts on storytelling, gameplay, and setting the stage for Assassin’s Creed: Revelations.

Here is a list of key elements that will be available in Ubisoft Montreal’s Assassin’s Creed: Revelations, based on news and announcements made so far.

The Hookblade
The hookblade can be used to zipline across the city or grab enemies and reel them in. The hookblade reportedly speeds up navigation by around 30 percent!

So far, ten multiplayer characters have been revealed: the Sentinel, the Guardian, the Bombardier, the Vanguard, the Crusader, the Deacon, the Ottoman Jester, the Ottoman Doctor, the Thespian and the Charlatan.

A Crafting System
Ezio will have 300 different bomb-types at his disposal, the crafting system will allow players to create new variations.

Random Quests
Instead of side missions, Ubisoft has changed this feature to “Random Quests”. For example, you will find a store owner being robbed or a child in need of help.

Assassin’s Dens
The concept of Borgia towers has been expanded in Revelations, and in order to neutralize the Templar presence, various assault scenarios must be completed. The liberated buildings will be known as “Assassin’s Dens,” though control over them may be lost to a Templar assault. These attacks will be triggered if the player’s notoriety increases.

Controlling a den and its surrounding region will allow the player to upgrade all the shops and buildings in that area, including the den itself, which will provide more navigation options (like additional zip lines for the hook blade) in that part of the city.

Eagerly anticipating the final chapter of Ezio’s story? Don’t forget to leave a comment and share your opinion.