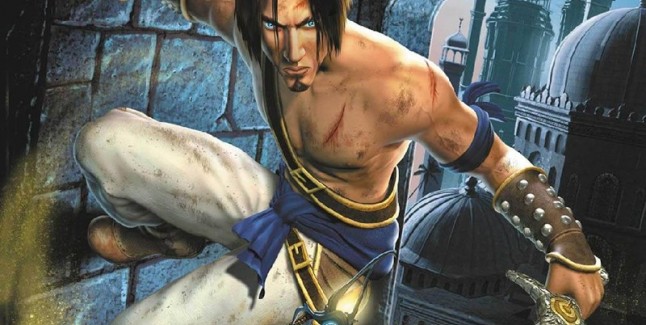 Next at number 14 we have Ubisoft Montreal’s platform, action-adventure game Prince of Persia: The Sands of Time, a romantic tale with plenty of punch!

Check out the theatrical trailer! 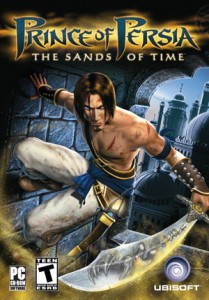 Drawn to the dark powers of a magic dagger, the prince is led to unleash a deadly evil upon the Sultan’s vast kingdom. Aided by a seductive princess and the absolute power of the sands of time, he embarks on a harrowing quest to reclaim the palace’s cursed chambers.

Players can wield the almighty sands of time: rewind the past, freeze the present, behold the future and slow down time itself but use this power wisely!

A wonderful blend of platforming, puzzles, pulse-racing action and a romantic, witty story puts Prince of Persia: The Sands of Time in our countdown!

The ability to manipulate and rewind time is perhaps the best feature of this game.

Considering that Prince of Persia: The Sands of time is a platform game above all else, this ability can aid the player in many ways! For example, you can freeze enemies during combat as well as rewind time to correct your mistakes. The dagger also enables you to take a glimpse into the future and gain hints on the trials ahead. One of the most innovative gameplay mechanics of the video game world, this feature is certainly not wasted!

The prince himself is a very agile character with impressive Parkour skills; this really adds to all aspects of the gameplay, platforming, combat and even puzzles. Because of the Prince’s speed and agility the gameplay flows nicely with no lulls of inactivity to speak of. Fighting can be done in style by utilizing your surroundings against and vaulting over your enemies! There are also plenty of trials in which you must dodge spikes, saws and swinging blades in the Sultan’s palace. Time everything just right and you can make it through unscathed! Timing however isn’t always easy.

The gameplay of Prince of Persia: The Sands of Time is an action-packed flurry of combat, platforming and puzzle-solving and it flows perfectly!

What also makes The Sands of Time, is the feeling that you have been swept up in an epic tale about distant lands. The palace, gardens, weapons and character designs are all sumptuously colored and detailed with textures that leap out of the screen. Combine this exotic ambience with a comedic banter between the two leads and you have a marvelous story to accompany the cleverly constructed gameplay.

A game that is as equally challenging as it is enjoyable, this title should be played by anyone who wants fun and a challenge. And if you want to be swept away by a great story then this game is for you too, because you can certainly lose yourself in the world of Prince of Persia: The Sands of Time! 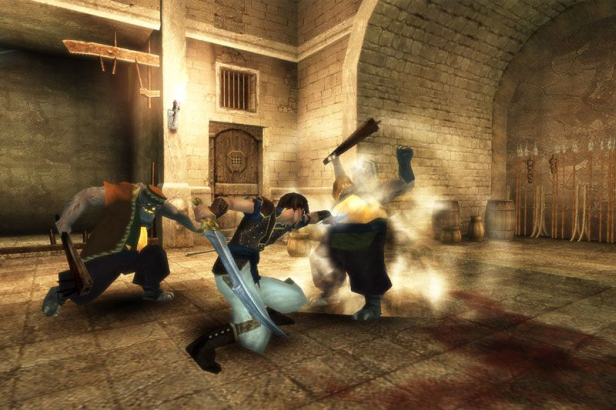 Tags: Prince of Persia: The Sands of Time