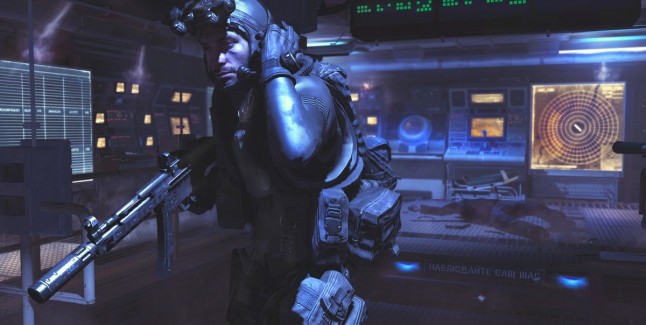 This Call of Duty: Modern Warfare 3 preview gives a quick look at what can be expected from Infinity Ward, Sledgehammer Games and Raven Software’s upcoming first-person shooter title.

The third installment in the Modern Warfare series, and the eighth Call of Duty installment, Modern Warfare 3 is a first-person shooter that follows on immediately after the events of Call of Duty: Modern Warfare 2. The Russian Federation continues its invasion of the United States of America, and has expanded its offensive to Europe, including England, France and Germany. Running at 60 frames per second, MW3 looks to be an impressive installment.

A highly anticipated title, here are some demos and interviews to tide you over until its release!

Check out this interview about MW3, the elite features and gameplay!

In this video, a gameplay demo and short introduction are presented at the Microsoft E3 2011 Press Conference.

Watch an interview with Robert Bowling as he confirms quick scoping!

And take a look at the official Call of Duty: Modern Warfare 3 gameplay in HD, shown as a demo at E3 this year.

Here is a list of key elements that will be available in Infinity Ward, Sledgehammer Games and Raven Software’s Modern Warfare 3, based on news and announcements made so far.

Survival Mode
Infinity Ward revealed that Modern Warfare 3 will feature a new survival mode. This mode features one to two players fighting endless waves of enemies, the difficulty increasing with each wave.
The mode will be available on all multiplayer maps in the game. Players can also earn cash for items such as weapons, upgrades and ammo in this mode.

Killstreak Reward System
Modern Warfare 3 will revamp the entire killstreak reward system! Infinity Ward has also announced that they will be removing elements that encourage players to rely less on perks over skill. To do this, they are removing specific perks that give players a power advantage over others who do not possess the same perk.

Here is the official Call of Duty: Modern Warfare 3 trailer!

Eagerly anticipating the sequel to Modern Warfare 2? Don’t forget to leave a comment and share your opinion.