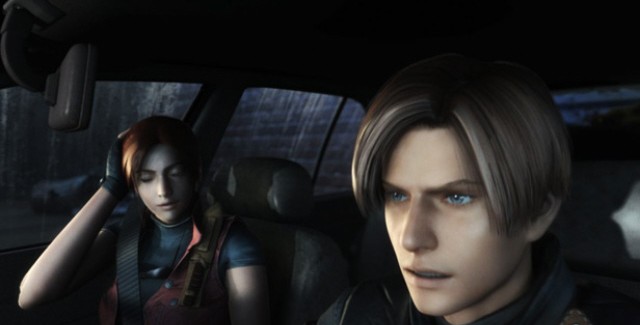 This Resident Evil Operation Raccoon City walkthrough will guide you through the beginning to ending moments of cutscenes and gameplay for this first multiplayer focused, online third-person Resident Evil game for Xbox 360, PS3 and PC.

Resident Evil: Operation Raccoon City delivers a true third person team based shooter experience set within the dark and sinister Resident Evil universe and a reinterpretation of the events depicted in Resident Evil 2 and Resident Evil 3. Zombies and Bio-Organic Weapons (B.O.W’s) add to the mix as players not only compete against an opposing squad but also tackle this third unpredictable element, creating a brand new style of gameplay and breaking the conventions of traditional team based shooters.

It is September 1998 and the action centers once more on the ill-fated Raccoon City and the horrific consequences of the deadly T-virus outbreak from the Umbrella facility. With a cover up required, Umbrella orders an elite team into Raccoon City to destroy all evidence of the outbreak and eliminate any survivors. Hearing of this plan, the US Government dispatches its own special forces to uncover any evidence that exposes the cause of the viral infection and Umbrella’s actions. Players take on the role of an Umbrella Security Services soldier (U.S.S.), competing alone or in four player co-op in a battle against all the competing forces at play in Raccoon City.

Starting the campaign. As part of the U.S.S. Delta team, Wolfpack, you have been assigned Operation Raccoon City to remove Umbrella from any connection to the unfortunate t-Virus outbreak. Before starting your mission, select your handpicked squad in Private matches or take on Umbrella’s assignments with online members of Wolfpack under Public.

Any four of Wolfpack’s six members are available for the missions in Raccoon City. Your selected operative’s loadout and special ability can be purchased, upgraded, and equipped during the Matchmaking process. Once Wolfpack’s current mission begins, the select four-man squad will be briefed and then deployed to carry out the given objectives without question. All threats to the success of your missions can and should be removed.

Who are the main characters in Wolfpack squad?

1. Hector “Beltway” Hivers is an elite demolition expert that was discharged from the Army Corps of Engineers. Not much is known about the incident other than the addition of Beltway’s prostethic leg. His dedication to his craft is beyond question, while his joy for blowing things up is always visible.

2. A former French Special Forces Op, Karena “Lupo” Lesproux specializes in weaponry. Lured by money, Lupo joined Umbrella and leads Wolfpack. Her knowledge in the field makes her highly trusted by her team. She looks out for them, like a wolf looks out for her cubs, which has made the team affectionately call her “Wolf Mother”.

3. Developing an unhealthy obsession with science at a young age. Christine “Four Eyes” Yamata specializes in virology. She is so deeply focused on her work, that she has little interest in anything else, including the feelings, or lives, of other human beings. Studious and detailed, she always wants to know more about a given situation.

4. Michaela “BERTHA” Schneider finds pleasure in pain. After an unsuccessful return to civilian life, this disciplined former soldier with a devotion to medicine eagerly joined Wolfpack as their medic when she was assured anesthetic would be considered a luxury and not a priority.

5. Vector‘s file remains largely confidential, his true identity hidden. Training at Rockfort Island he developed his lethal martial art ability and elite skill for reconnaissance. As a covert operative, his achievements in-the-field are only matched by his former master, HUNK.

6. A veteran of the Cold War, former spy, Vladimir “Spectre” bodrovski was moved from Umbrella’s European wing for unknown reasons. The premier surveillance expert of the U.S.S., he was transferred to Wolfpack when the upper echelon of Umbrella management realized his skill could greatly benefit them.

What are your squad’s upgradable/buyable abilities?

Passive Abilities you can buy and upgrade, they are automatically equipped.
Active Abilities must be equipped manually.

What’s assigned to the D-Pad controller?

Thanks to Umbrella’s integrated military systems, you have health and harm both within arm’s reach. With our patented D-PAD (Dynamic Priority Action Design) interface, you can easily access available sprays and grenades with the touch of a button.

• LEFT: Deploy a First Aid Spray that heals yourself and any nearby squad members.
• DOWN: Deploy an Antiviral Spray to counteract any exposure to viral contaminants.
• RIGHT: Cycle through available grenade types.
• UP: Activate any optional after-market vision modes.

Let’s play the campaign in Story Mode! Here’s the introduction to the game’s first mission.

In Umbrella’s Raccoon City facility, a betrayer collects the last of his life’s work. His name is William Birkin and he plans to sell the G-Virus to the American Government. Umbrella Security Service has been sent in to neutralize the threat.

Lead researcher Dr. William Birkin conducts Umbrella’s most sensitive work from within his secure facility. As such, a number of secret projects of varying legality are actively being worked upon here. Disregard any attempts by Dr. Birkin to countermand your standing orders, and adhere to the mission parameters.

“September 1998 Umbrella Corporation, Raccoon City facility”
USS Delta Team, codenamed Wolfpack, has been deployed to assist Alpha Team. Their orders are to rendezvous with Alpha Team leader HUNK* and support his infiltration into the complex. The use of lethal force has been authorized.

Enemy Tip #1: Kill zombies with headshots. They will take longer to go down if you shoot them anywhere else on their body. As with all Resident Evil games, the bright yellow/orange spots/blobs on their body indicate their weak spots! For example: Shoot the Parasites attached to Zombies from behind, this is the fastest way to kill both the Parasite and the host Zombie.

Enemy Tip #2: Aim at the head to kill enemy soldiers quickly, or shoot at the body to cause bleeding wounds that attract Zombies to your foe.

* HUNK bio: HUNK is the ideal U.S.S. operative. Dedicated, efficient, and extremely skilled, HUNK follows all orders exactly as they were given and cares only about completing his mission. As leader of the Alpha Team, HUNK is assigned only top-priority objectives, and even if the rest of his team fails, Umbrella knows he will not.
HUNK’s mission directly correlates with the outbreak in Raccoon City. Dr. William Birkin, a lead researcher at the Raccoon City Underground Laboratories, was preparing to betray the company and sell the G-Virus to the military. In order to stop Birkin’s selfish actions, HUNK was sent to retrieve the G-Virus samples. The mission became complicated when Birkin injected himself with the G-Virus in an act of desperation. However, due to HUNK’s elite abilities, he alone was able to successfully complete his objective.
Next to nothing is known about HUNK’s past, and whatever information has been documented is highly confidential. Instead of harboring any personal thoughts and clinging to emotions, HUNK has shown that it is possible to live only for his missions and the U.S.S.

Days have passed since the USS lost the G-Virus and witnessed its metamorphosis in William Birkin. Raccoon City is also lousy with disease due to a T-Virus outbreak. Wolfpack is ordered to destroy evidence at City Hall linking Umbrella to the epidemic.

Mayor Michael Warren has been a long-time ally of Umbrella since they bankrolled his successful campaign. Key records and documentation of Umbrella Corporation’s relationship with Raccoon City politicians and planners can be found on-site and must be eradicated.

Gameplay Tip #1: If you’re running low on health, grab a Green Herb for a quick boost. — Keep an eye out for Antiviral Spray to cure infection (they are hard to find, but extremely valuable). Coordinate the use of them because the area of effect can cure multiple people. Regroup to maximize the effectiveness of both type of health sprays on your allies.

Gameplay Tip #2: When enemies shoot back, run to the nearest piece of cover to protect yourself. — When hiding behind cover, you can shoot out without exposing yourself. Do this using blind fire by pressing the R1 right shoulder button.

Gameplay Tip #3: While sprinting, press the Circle button (on PS3) or B button (on Xbox 360) to shoulder charge any opponent in your way.

Gameplay Tip #5: When an ally falls in combat, rescue them by rushing to their side and holding the X button (on PS3) or A button (on Xbox 360).

Tip: Severe injuries lead to Blood Frenzy. The scent of your blood will draw T-virus infected towards you.

Weapon Tip #1: Drawing your pistol is faster than reloading. Your sidearm will save your life if used correctly.

Weapon Tip #2: Sniper Rifles are the ideal weapon for those who prefer to keep their enemies as far away as possible.

Weapon Tip #3: When in doubt, bring an Assault Rifle. It is never out of place in any environment.

Weapon Tip #4: That said, it’s still my favorite move to obliterate your enemies by getting in nice and tight and blasting them with a Shotgun. Does a lot more damage.

Protip: The exposed brain of the Lickers is their weak spot. Try to aim for it.

Hint: Hunter B.O.W.’s gang up on lone prey, so stay close to your allies!
Hunters are programmed to attack the most dangerous opponents first – so if you shoot them, they will come after you.
Hunters have armored scales on their backs, making them very difficult to damage from behind.
Even after being mortally wounded, Hunters sometimes launch one final attack. Be careful!

Hint #2: Crimson Heads are fast and extremely aggressive. Do not let them get close or they will take you down.

On the next page of the Resident Evil: Operation Raccoon City Walkthrough we start Mission 3.