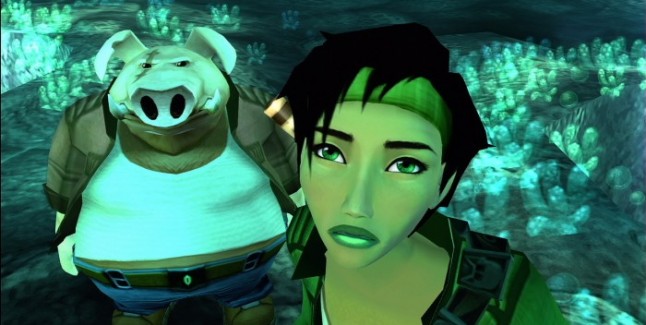 Next at number 18 of the Top 25 Must-Play Video Games we have Ubisoft Montpellier’s Beyond Good and Evil, a quirky game with plenty of heart!

Check out the ‘Uprising’ trailer for the HD re-release! 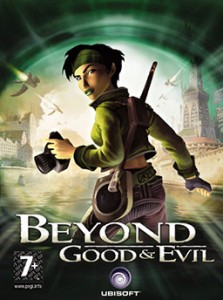 The story follows Jade, a reporter caught up in a complex web of government secrets set in the beautiful world of Hillys, that is slowly being destroyed by a mysterious alien race known as the Domz.

The people of Hillys have put their trust in a military-esque group called the Alpha sections; but when an underground rebel group (the ‘IRIS Network’) begin to publicly question the Alpha Sections’ motives, another war is begun.

What is wonderful about this game is the quirky, well-woven story and a seamless gameplay experience that’s full of mystery and intrigue. Beyond Good and Evil is a good ‘all-rounder’, which is why this title is in our count-down.

The focus and power of the game’s story rests in Jade’s camera – the strongest weapon in your arsenal. It represents truth. The same can be said for the characters, that all search for this and work together to save their planet.

The cast of characters are a great addition to the already imaginative story. Uncle Pey’j, the ‘Mammago Rhinos’ and Double .H. are just a few examples of individuals who add fun, heart and soul to Beyond Good and Evil.

The gameplay too is just as well-developed with balance and variety. Because of this the game never feels repetitive. For example, not only can you fight the Domz, but you must catalogue the surviving species of Hillys, send photographic evidence to HQ, activate switches with your disk-thrower, or race your hovercraft for pearls.

A successful mix of stealth, platforming, driving, and third-person action, Beyond Good and Evil’s gameplay is enjoyable and challenging!

The graphics however may have let the game down. I say this not because the graphics were poor but because the visuals didn’t quite match up to the mature subject matter. This may have hindered Beyond Good and Evil’s overall reception and caused its commercial failure back in 2003.

Still, Beyond Good and Evil is a game that shouldn’t be missed!

If you can get past the cartoony visuals, you will no doubt be impressed with the one of a kind story, effortlessly enjoyable Gameplay mechanics, and inspired soundtrack. 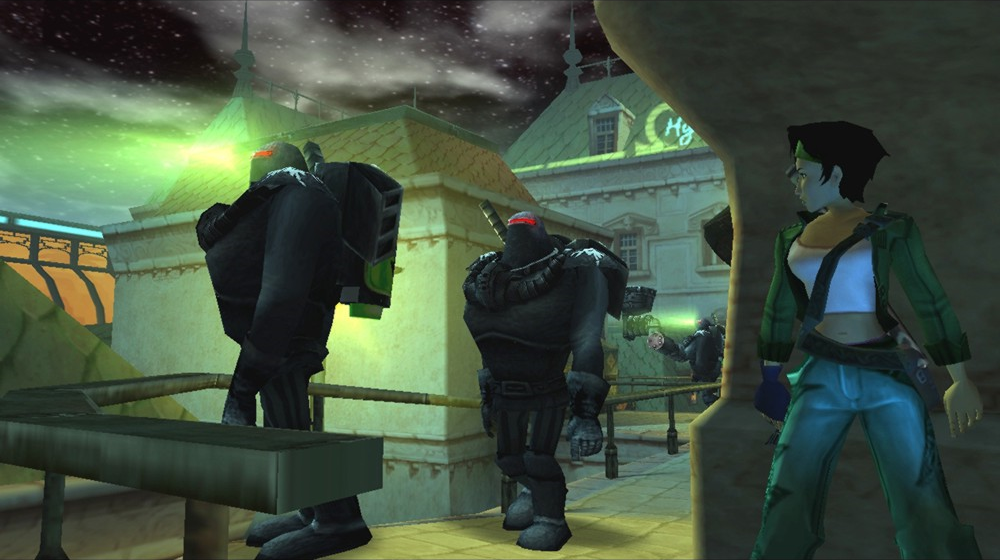 Interested in this game? Buy the PC, Xbox 360, Gamecube or PS2 version from Play.com (UK) or Amazon.com (US) for some great deals.

Don’t forget that the HD remastering of Beyond Good and Evil is now available for download on Xbox Live Arcade and the Playstation Network!