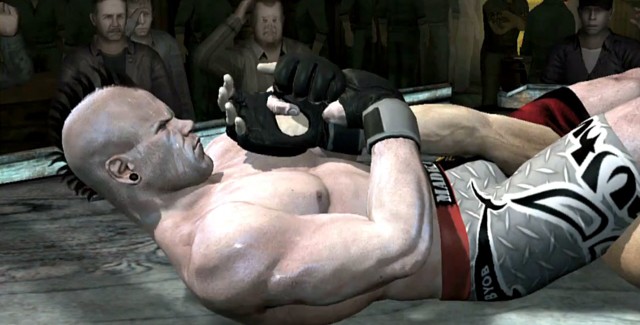 Supremacy MMA is an all-new Mixed Martial Arts fighting game for Xbox 360 and PS3, being published by 505 Games, that takes the sport of MMA to an all-new level of intensity.

Being tagged as the “only MMA game being released in 2011”, Supremacy MMA has a release date of September 20, 2011 and brings to the table a game that is all about blood-spilling and broken bones.

Taking all the professionalism out of the sport and taking it to the backalleys (figuratively speaking), Supremacy MMA concentrates on making the game as “brutal” and “bloody” as possible, allowing the fighters to break bones and crack skulls, while also adding in copious amounts of blood that will spill on the court as you fight. Highly unrealistic, but it makes the game more “hardcore” . . . right?

The developers promise that the game is armed with arcade-like, fast-and-furious gameplay and “underground aesthetics and presentation”, while also adding in real-life fighters. They include female MMA fighters Felice Herrig and Michele Gutierrez, Muay Thai fighter Malaipet “The Diamond” Sasiprapa and former UFC Champ Jens Pulver.

Here is a look at Jens Pulver’s story in the game.

The developers also are very proud of Supremacy MMA being labeled “…the dirtiest MMA game yet” on the cover of Gamepro (July 2011, Issue 274).

Here is a new trailer for the game. Its bloody and brutal so viewer discretion is advised.

Last but not least, here is a look at actual gameplay of the title.