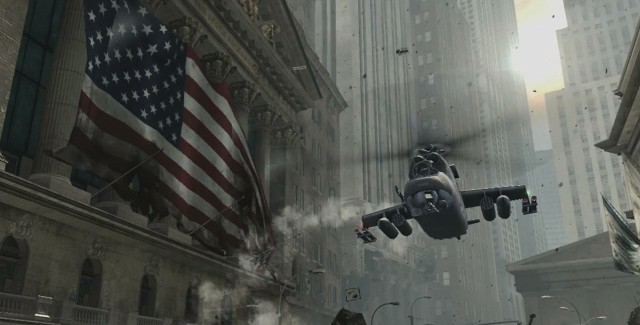 Modern Warfare 3 is a first-person shooter that follows on immediately after the events of Call of Duty: Modern Warfare 2, where the Russian Federation continues its invasion of the United States of America, and has expanded its offensive to Europe, including England, France and Germany. Running at 60 frames per second, MW3 looks to be an impressive installment.

Multiplayer has been amped up and will make use of the Call of Duty Elite service to offer more options, statistics, unlockables and exclusives for Call of Duty fans than ever before.

Here is a trailer from the E3 reveal of the singleplayer.

Here’s a trailer for the Spec-Ops Multiplayer.