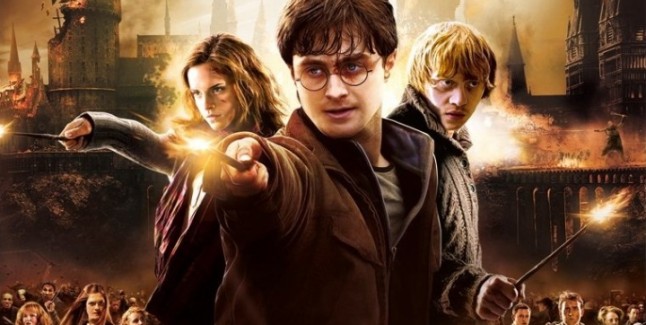 Welcome to my review of the latest installment in the Harry Potter series, “Harry Potter And The Deathly Hallows – Part 2: The Video Game”. The question is: Will Harry manage to get sent off in style, or will this game be as graceful as Ron in a potions class?

Harry Potter and the Deathly Hallows – Part 2 is the second part of a two-part Third-person shooter video game developed by EA Bright Light and published by Electronic Arts. It was released on 12 July 2011 in North America and 15 July in Europe to coincide with the film’s release date. The game continues to follow Harry Potter, Ron Weasley and Hermione Granger on their quest to defeat Lord Voldemort by destroying his remaining Horcruxes, items which contain part of his soul.

So that’s a brief overview lets take a look at some of the action taking place and some more thoughts in my video review.

Also for those Potter Fans who wanted to know the spells they would be able to use in the games, here they are.

So let’s get to scoring shall we?

With many of the previous title’s issues either fixed or simply removed, this latest Potter wand fest feels much cleaner and runs much better. With a clear goal system that is easy to follow, and won’t leave you feeling frustrated like the last, a major overall improvement. This game sticks to what it does best and that’s delivering a good shooter experience wrapped in a world of witches and wizards. Great fun to play with no extra rubbish to hold it down.

The boys and girls in the looks department must have spent a few night on overtime as this time round Harry and co look a ton better. The lighting has been looked at again and left the game looking and feeling much better this is always a must when making a movie game tie in, with faithful representation of all the characters and no known graphical issues a definite treat.

Although I was blown away by the look the sound was a bit of a let down. The voice acting was what in fairness was a big let down.

It may be easy to simply slate Harry and friends as a cheap run off the mill game, churned out too quickly. But with that said, when you play the game in the spirit of the movie you will find yourself yelling spell names and having an absolute fantastic time! The campaign may seem short to some but it suits the games’ style well and delivers a fine end to the franchise.